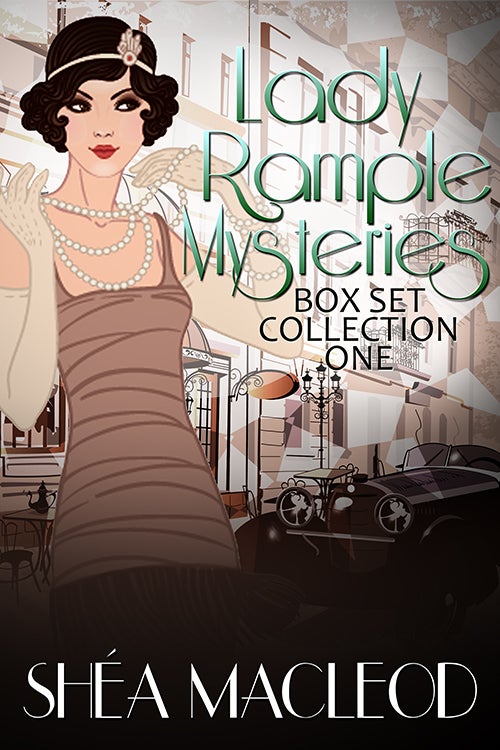 Lady Rample finds herself at odds after the death of her husband until her best friend drags her to a hot new jazz club in the heart of London. As if being wooed by two handsome men isn’t enough, Lady R finds herself embroiled in the murder of one of the club’s owners.

Bored with her aristocratic life and irked that the police have arrested the wrong suspect, Lady R decides to turn lady detective. With her eccentric Aunt Butty in tow, Lady R scours London for clues. If she’s lucky she’ll find the killer before the killer finds her.

Lady Rample and her eccentric Aunt Butty escape the broiling heat of a London summer for the cooler climes of the English countryside. But the idyllic holiday is not all cocktails and lawn croquet. And when a man is found dead in their host’s study, she knows there’s more going on than a simple break-in.

With spies lurking in the bushes, her maid locked up in the local jail, and danger at every turn, Lady Rample is not one to give up or give in when there’s a mystery afoot. Armed with cocktails, lipstick, and plenty of sex appeal, she’s going to catch the spies, solve the murder, and set things right. Unless the killer gets to her first.

Lady Rample and the Silver Screen

When an invitation to a Hollywood wedding arrives in London, Lady Rample and Aunt Butty are living the glamorous life among the rich and famous in California. But when their movie producer host is found dead of a self-inflicted gunshot, they find themselves embroiled in a mystery involving a silver screen starlet, a conniving butler, and kidnapping gangsters!

Suspicious from the start, Lady Rample is determined to prove that their friend didn’t commit suicide. Unfortunately, proving murder might end in another murder…her own.

Lose yourself in the glamor of the 1930s with the popular historical cozy mystery series, Lady Rample Mysteries.