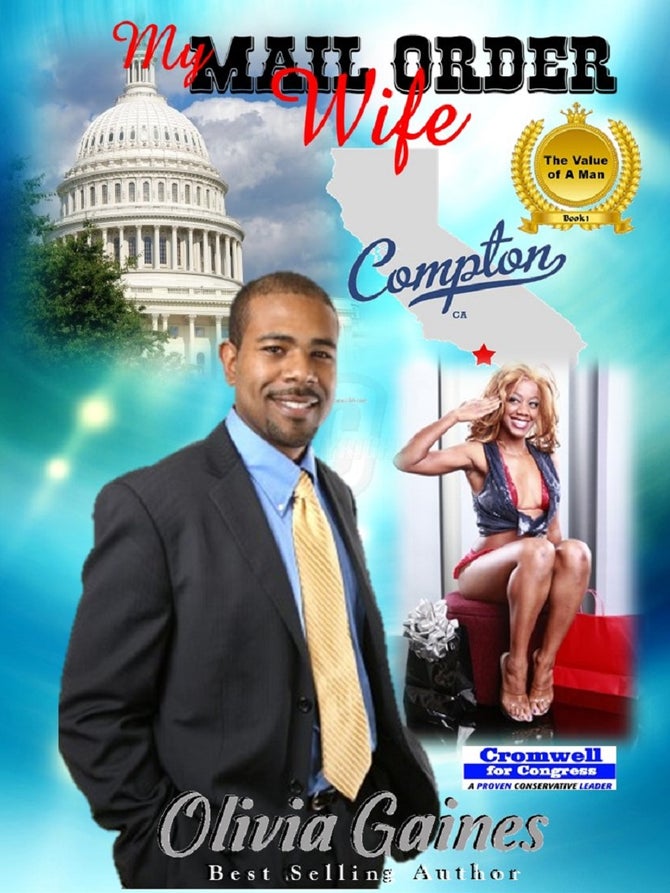 By Olivia Gaines, Author
Thurston Cromwell the IV was in trouble. He was twenty minutes away from giving the most important speech of his life and the bad sushi he had for lunch was about to take him down. An angel of mercy appeared to get him through the evening who asked for nothing in return.

TataLavisha “TaeTay” Brown was an enigma of a woman that was nothing like she looked or comparable to the strange name she was given.  Something about her stuck with him.

Two months later they both found themselves in a precarious position.  One in which Thurston needed a wife and TaeTay needed to get out of Compton.

In a Fed-Ex envelope complete with a printed, cut out engagement ring, Thurston Cromwell the IV asked a special lady to be his wife.

She agreed with a few stipulations. His mail order wife was about to change his life in ways he had never imagined.