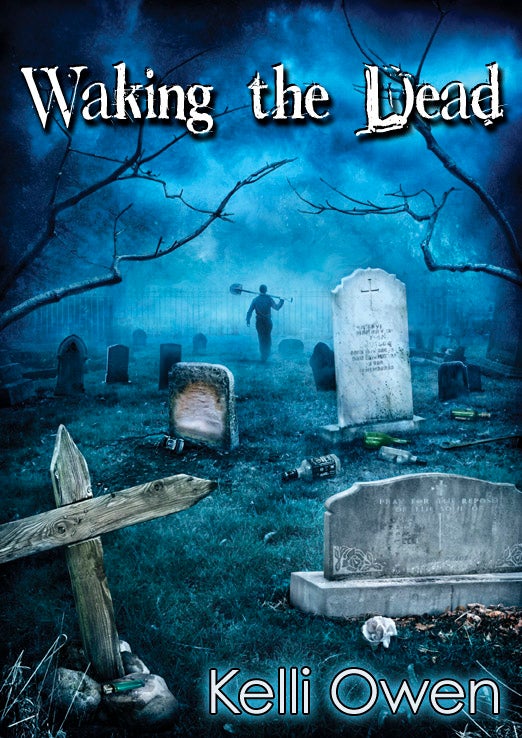 Reunited in a bundle deal, the four novellas from Waking the Dead (originally lettered limited from Thunderstorm Books, with same cover art but different titling/layout—this is not an ebook of that collectable version, but rather a new ebook of the four for those who never got the collectable). Each tale has to do with death. And yes, each is represented in color via Vincent Chong's beautiful artwork.

Four novellas, one low price! Ebook only, as a collection bundle (Each novella is still available separately as paperback and ebook for those looking for singles. Click titles below for individual pages).

Hypnotized to quit smoking after his dad is diagnosed with lung cancer, Ben Danski begins to dream about a childhood he doesn’t remember. The dreams become more frequent. Vivid. Frightening.

Further hypnosis reveals events he doesn’t want to believe, but as Ben decides to ignore them, his past finds him. Details trigger more than Ben bargains for, as both distant and recent memories are unblocked, and change his life forever…

Presumed dead in the tragedy of 9-11, Ryan Kolstad saw his missed job interview that morning as something other than a failure—he saw opportunity. Believing his family would be better off, he walked away.

Under the guise of a new identity, he’s spent a decade punishing those he deems unworthy of the loving families they take for granted. Ryan suddenly finds himself questioning the lies and rules he’s come to live by when he finds himself on the other side of judgement.

George Morey would do anything to save his wife from certain death and has tried every treatment known, from chemical to homeopathic to prayer—all to no avail.

So when the local witch requests unique ingredients from the town’s gravedigger, George complies without question—willing to sacrifice his own past to secure a future with the woman he loves… more than life itself.

Having watched far too many horror movies, a group of teens wander into the woods with a Ouija board, planning to play with the dead and scaring each other in the process. But the group quickly learns ghosts of the past are not the only dangers, as the present can be much more haunting.