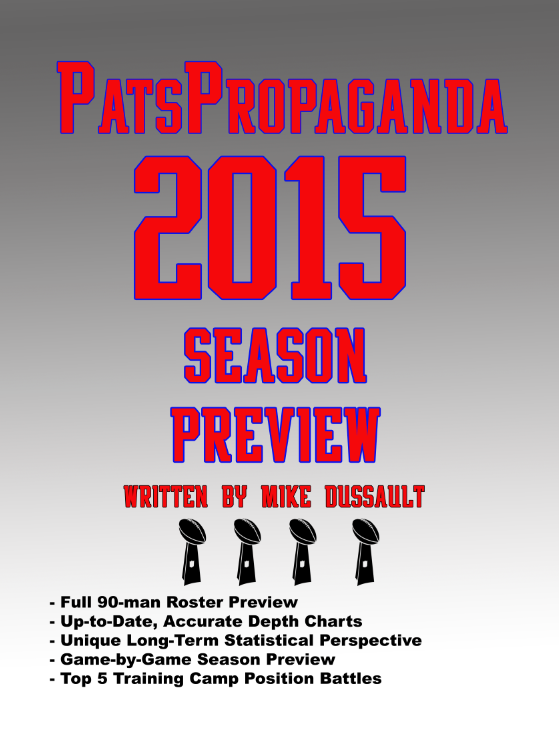 An in-depth season preview of the 2015 New England Patriots, written by PatsPropaganda.com's Mike Dussault. Mike has been blogging about the Patriots since 2007 and provides the kind of long-term perspective and insight few national magazines can.

It features a preview of each of the 90 players on the Pats' roster as they head into training camp and a breakdown of both the offense and defense with in-depth statistics that paint an accurate picture of what challenges the Patriots must improve on from 2014.

Also included is PatsPropaganda's depth charts that are the most accurate you'll find.

Finally is a breakdown of the Top 5 positional battles in training camp, along with a game-by-game season preview.

Over 30 pages of pure Patriots analysis. You won't find a better season preview for another NFL team anywhere else!