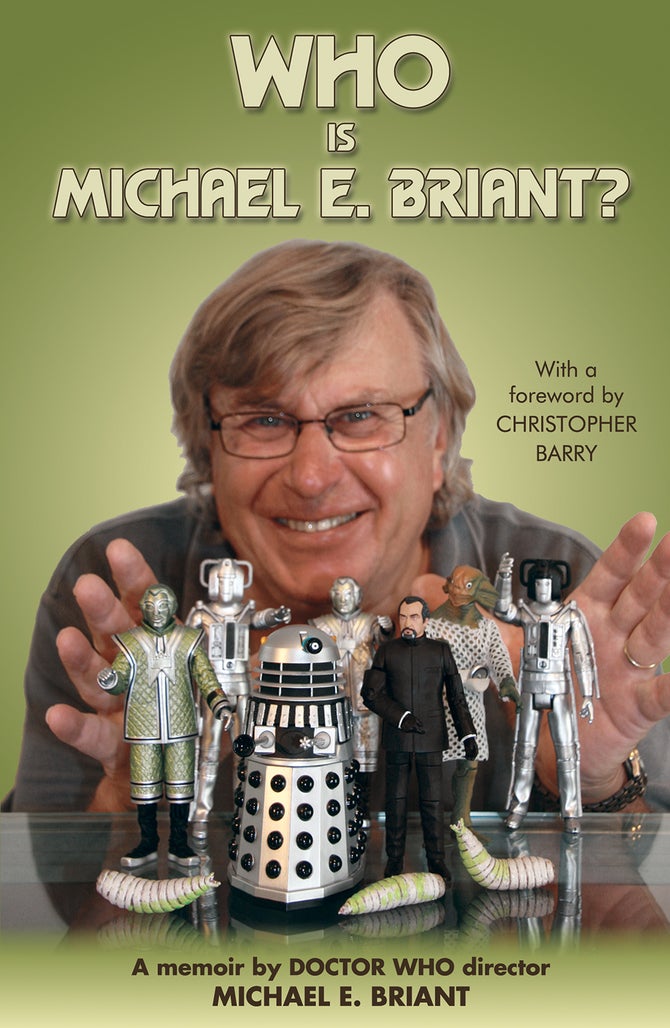 Who is Michael E. Briant?

“Making an episode of a modern-day police, medical or domestic drama was nothing compared to imagining how Colony in Space should look and be made. Twenty parts to be cast, locations to be found for two weeks’ filming in a landscape that looked like a foreign planet, a robot to be created… and, and, and… I confess that sometimes, during the preparation period, I would drive home thinking that if I just crashed the car into a concrete wall and injured myself, then I would not have to direct this show…”

Michael E. Briant directed numerous episodes of classic TV series throughout the 1970s such as Blake’s 7, Secret Army, Warship and most famously Doctor Who. Many of his Who stories (The Sea Devils, The Green Death and Robots of Death) are regarded as all-time greats by fans of the series.

In this memoir, Briant reminisces about his life and work, from his beginnings as a child actor in the 1950s, followed by a highly successful career working for the BBC and later for Dutch television, right through to his impressive circumnavigation of the world and attack by pirates in the Gulf of Aden. He includes separate chapters on each of his Doctor Who stories and also shares memories of his early years on the programme in the 1960s, while he was working his way up in the TV profession, and William Hartnell and Patrick Troughton were at the TARDIS controls.