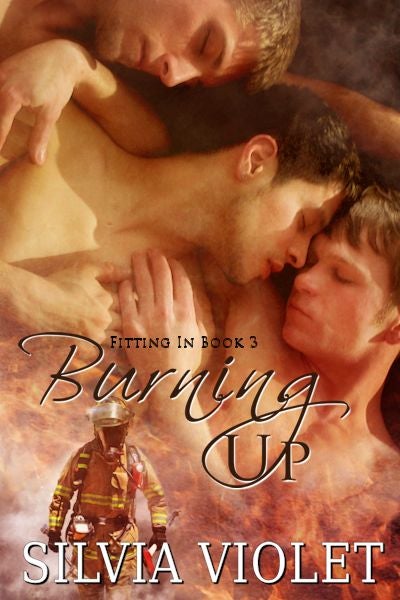 Burning Up (Fitting In Book 3)

Bryce has been a firefighter for ten years, but when a horrific house fire leaves him reeling, he moves to a new city, hoping to shove those memories behind him. As he adjusts to his new station, Bryce keeps to himself until Matt and Toby, two hot young men in his unit, throw temptation in his path. Bryce knows better than to mess around with men he works with, especially two newbies who are in the closet. But after a difficult day, Matt and Toby offer him compassion and friendship, which slips so easily into sex Bryce finds the combination irresistible.

Matt and Toby want to expand their relationship to include a third, and they've set their sights on their sexy bear of a lieutenant. Their first night together is a scorcher, and, more than that, it feels right, to all of them. But since Bryce refuses to hide who he is, and dating men on his shift is against the rules, all three men are going to have to make some tough choices if they want to stay together.