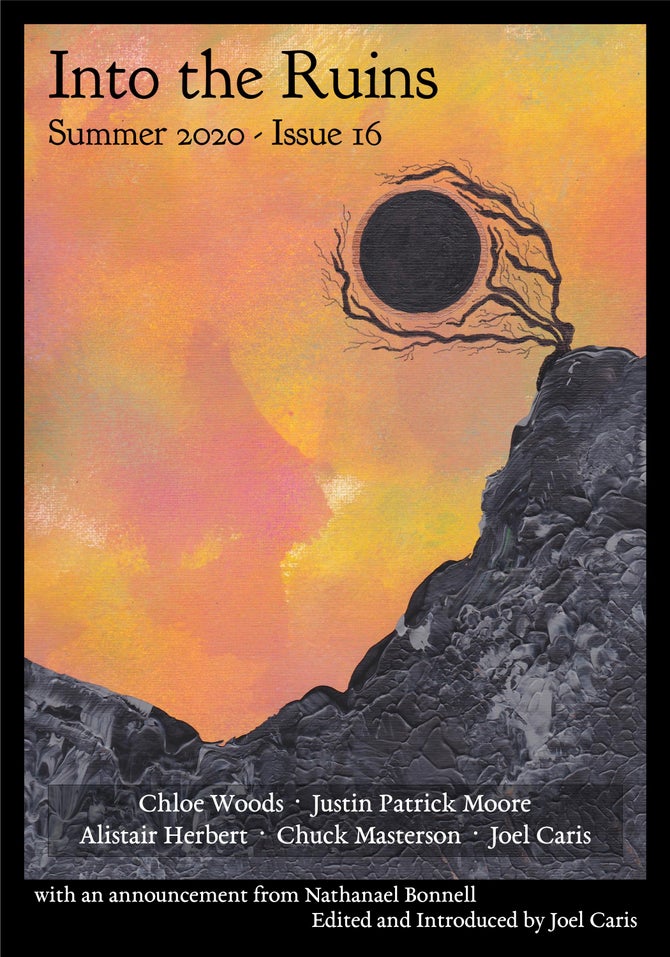 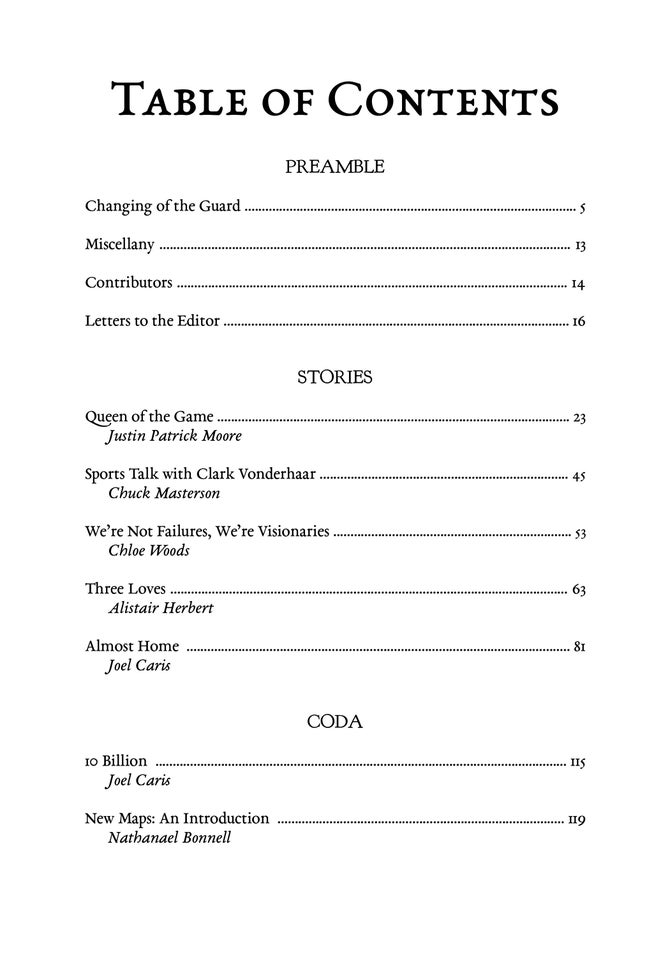 By Figuration Press
This Summer 2020 issue of Into the Ruins comes as a high quality PDF packed with 122 pages of stories of our deindustrial future, an Editor's Introduction, a review of the new graphic novel 10 Billion, the usual letters to the editor section, and an exciting announcement from Nathanael Bonnell about a new deindustrial fiction quarterly magazine.

Into the Ruins brings its four year run to a close with a final issue featuring a number of old friends offering new visions of our future. From a time in which any semblance of compromise is an excuse for ostracization, to one in which the dreams of escape into space clash with the harsh realities of making a living during decline; from one man's journey to escape alcohol and discover a new life, to another man's nightly remembrance of a former life through the final broadcasts of a big city radio station; and onward to a mid-twenty-first century ranch in eastern Washington and the sudden murder that threatens to tear it apart: these stories once again bring to life futures not driven by apocalypse or utopia, but by the erratic and grinding changes most often brought by the real world.

Wrapping up with a review of the new graphic novel 10 Billion, and the exciting announcement of New Maps, a new deindustrial fiction magazine by Nathanael Bonnell, this issue serves as a fitting close to Into the Ruins, as well as a promise of many newly imagined futures to come.