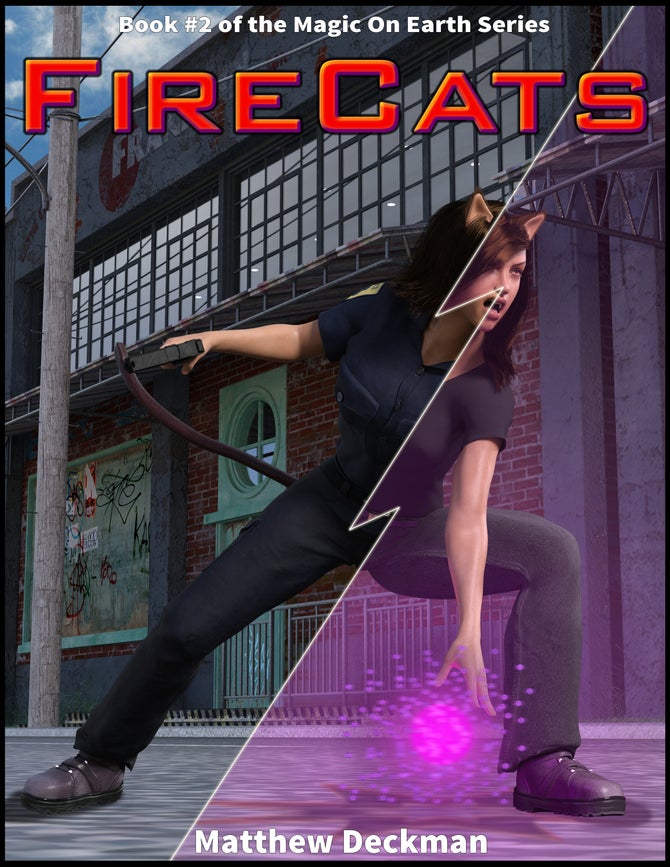 Living underground sucks. Living in a city that's falling apart sucks even more. Combine these and you've got the home town of Melissa OmNick, a hot tempered 22 year old FireCat.  Melissa is a recent graduate of the Street Police Training Academy.  Usually dressed in a high cut shirt, skirt, fishnet stockings and black boots, Melissa has to go through a transformation; both mentally, physically to be able to continue and partake in Police activities.

Why the Police Academy? It's the only sure-fire way that she knows of to get out of the dump of a city she calls home.

As she works her new job, she learns the tricks of the trade from the one officer she didn’t want as her partner. She also displays unprecedented magical capabilities, far beyond that of her partner or any other police officer on the force.  This display catches the attention of the upper ranks, forcing them to take action on Melissa’s future.

During a test, it is shown that her power seems to know no bounds, as if growing, to show that she was meant for something greater.

How high will her power take her? Is there a limit to her power? While she discovers herself, she lives with Ryan, seemingly the only one who can tolerate her attitude.  Who is he and where did he come from, as he never works. What are his intentions towards Melissa?