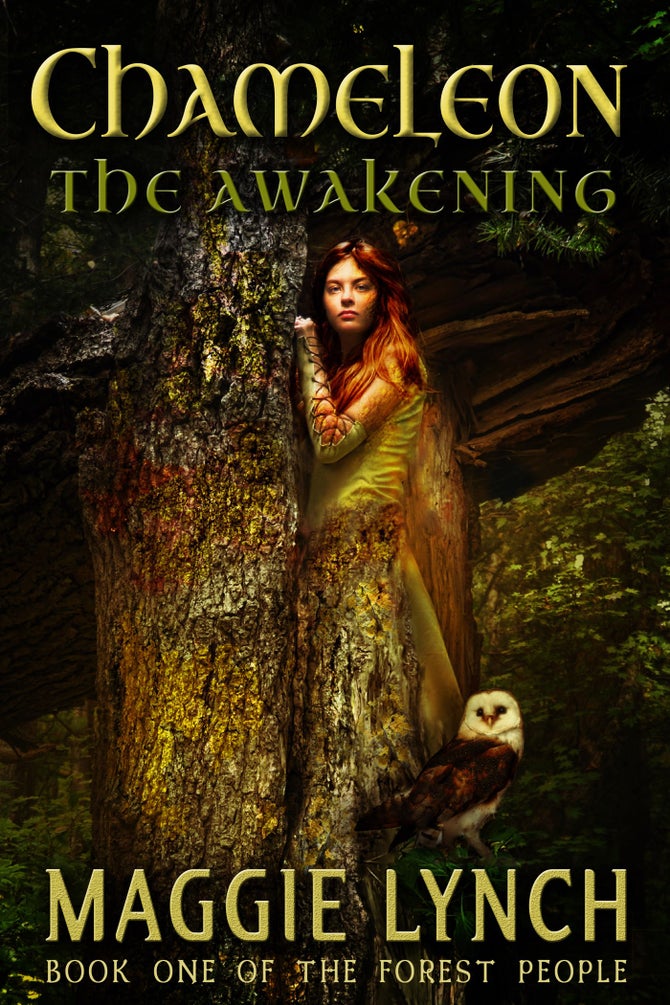 By Maggie Lynch
A teenage shifter turned captive. A magical land in danger. Is she a monster or a savior?

Sixteen-year-old Camryn Painter struggles with more than the usual teenage identity issues. As a human chameleon, emotions trigger a transformation into the visage of whomever she sees. But when her foster parents die in a crash and she’s taken captive by so-called scientists, she’s not sure if she’s human or just a freak of nature.

Desperate to control her abilities and escape, Camryn emerges from her prison and into a dangerous magical forest. Surrounded by dragons, faeries, and other extraordinary creatures hungry for her power, some in the forest claim she’s their prophesied savior. Unfortunately for her, that declaration triggers a supernatural civil war.

Can Camryn unite the fractured forest people, or will her powers erase more than her own identity?

Chameleon: The Awakening is the first book in The Forest People YA paranormal fantasy series. If you like incredible worlds filled with unique creatures, intriguing twists and turns, and heartfelt coming-of-age stories, then you’ll love Maggie Lynch’s enthralling adventure.

Buy Chameleon: The Awakening to shift into a dangerous battle today!