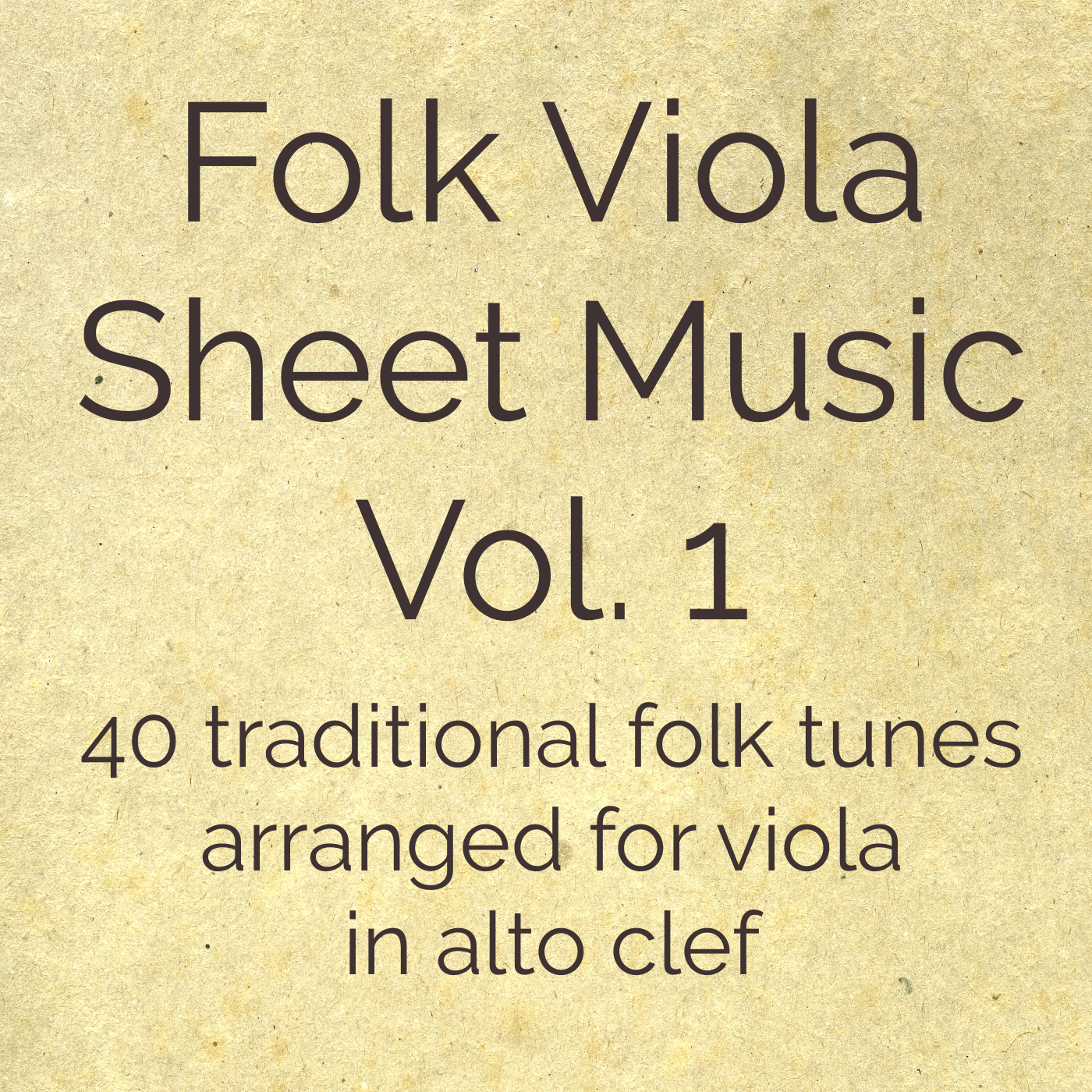 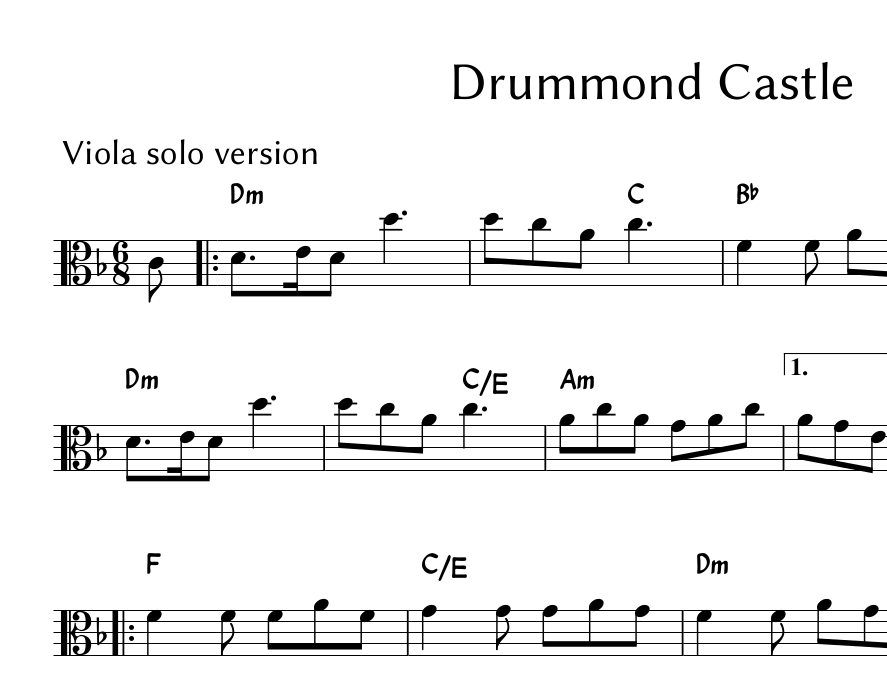 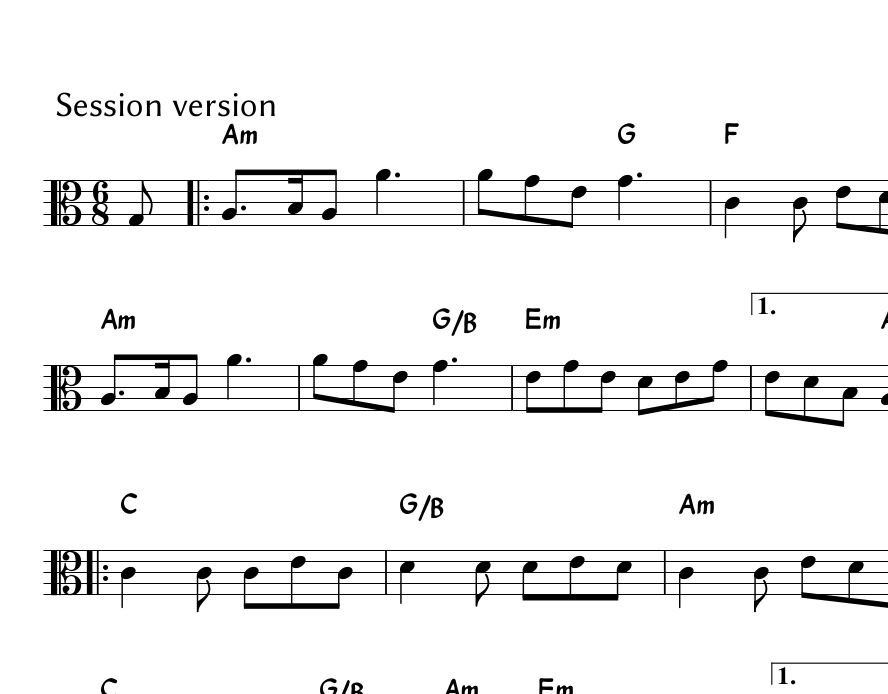 A collection of 40 traditional folk tunes from the Irish, Scottish and English traditions, arranged for viola and presented in alto clef, with chord symbols for accompanists.

Each tune comes in two versions: a Solo Viola Version, and one or more Session Versions. Both versions of every tune are included in this collection.

The Solo Viola Version is transposed down a fifth from the original key, so that it fits on the viola in the same place under the fingers as it would on a violin (i.e. all in first position). This version is for playing solo, or with accompanists who play the chords.

The Session Versions are are in the original key so that they can be played with other (non-violist) musicians in traditional music sessions, but are arranged to be played in an octave that fits on the viola in first position.

The tunes in this collection are: 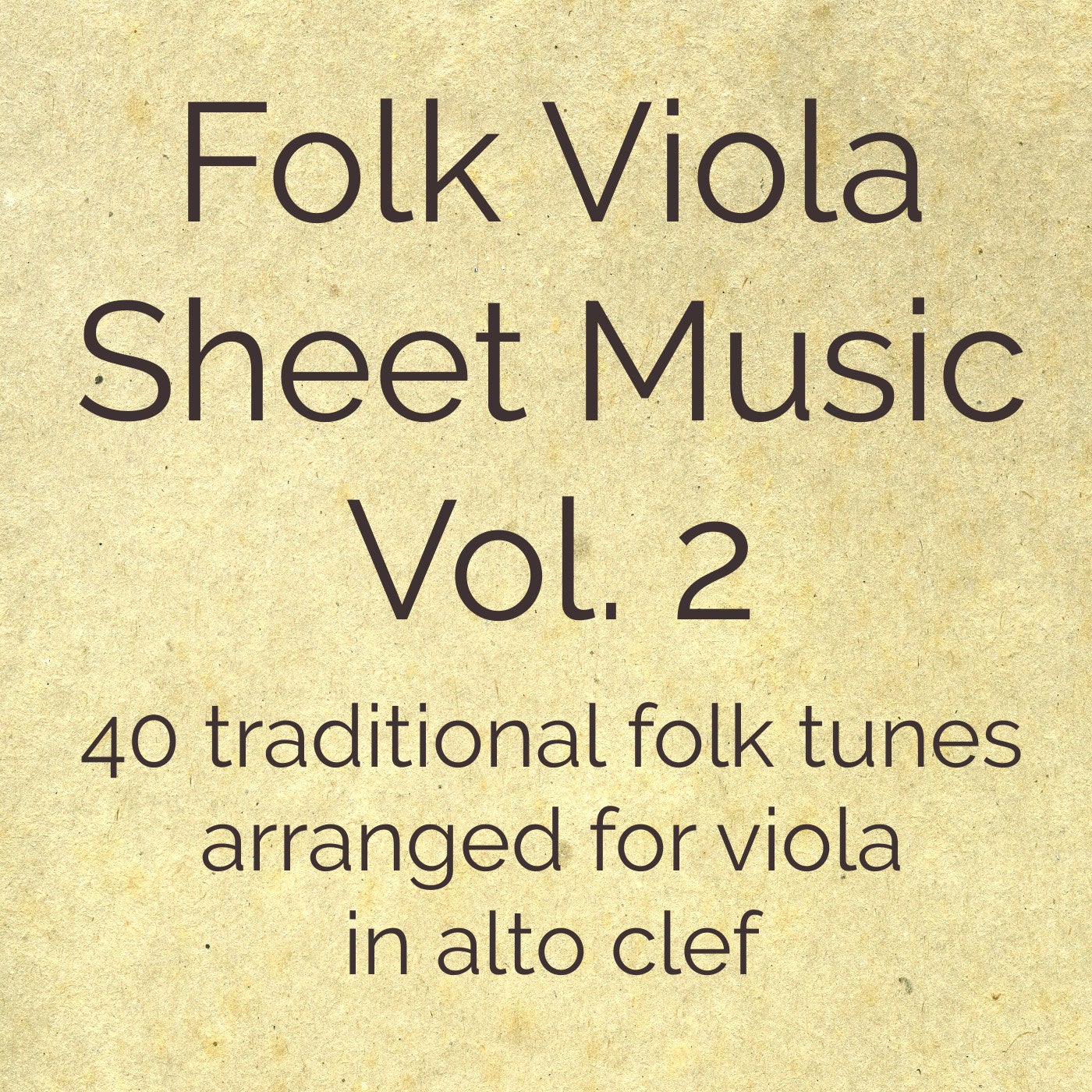