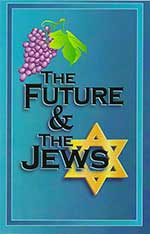 The Future and the Jews

By Susan C. Anthony
Have you ever wondered why people in the Middle East just can't get along? Have you asked yourself what's really behind September 11, 2001, the Ft. Hood massacre, the Boston Marathon bombing, and future attacks being carefully planned at this very moment?

Way back in 1905, an Arab nationalist wrote: "Upon the final outcome of the battle between these two peoples [Arab and Jew], representing two opposed principles, the fate of the entire world will depend."

That final outcome may be determined within the next decades. If America and the West do not deal with current situations well, we may well lose the world we know, a lot sooner than we imagine. There are no easy solutions, but it amazes me that very few people seem to understand the problems, including Western leaders.