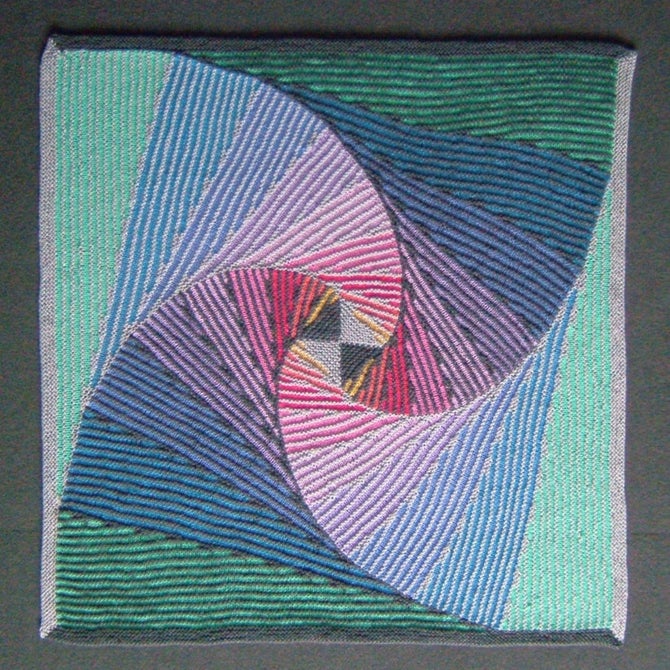 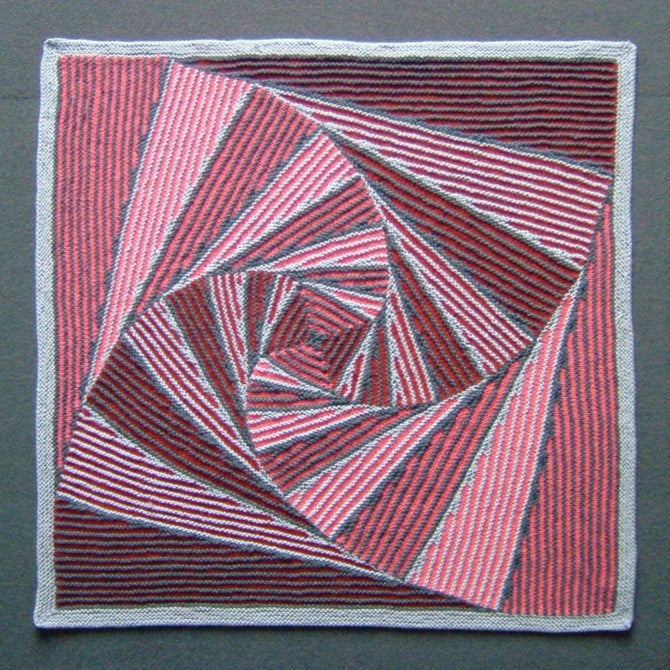 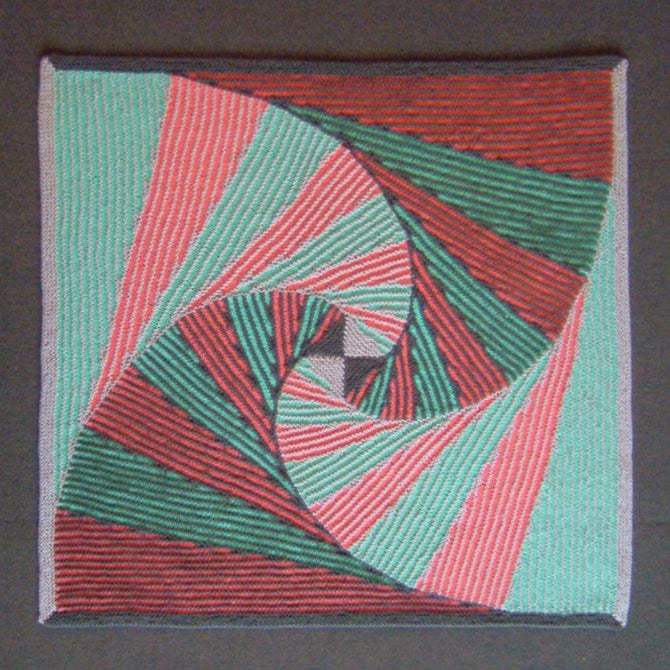 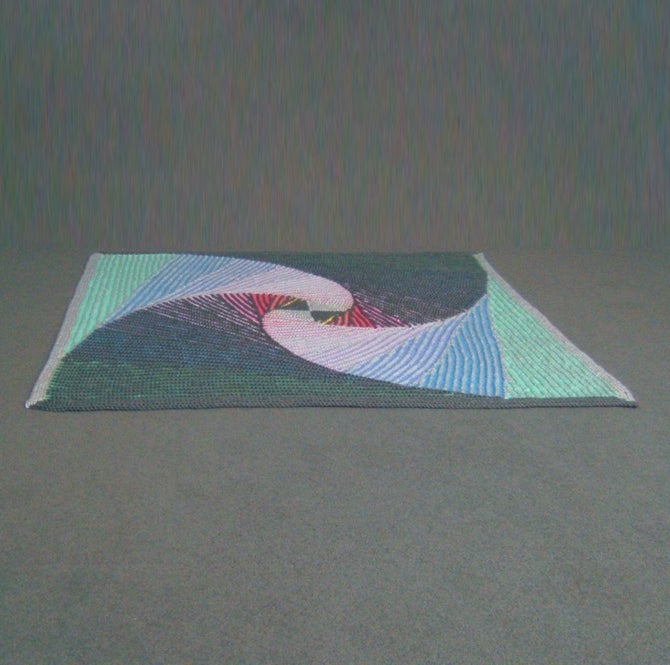 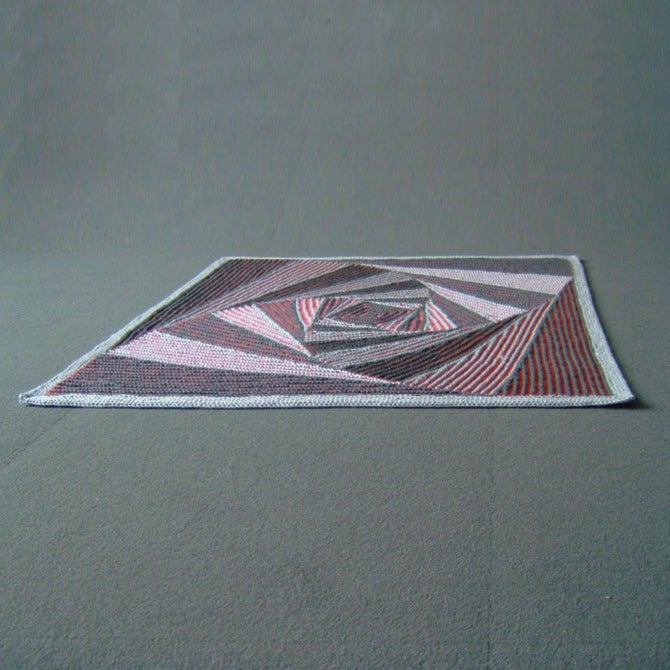 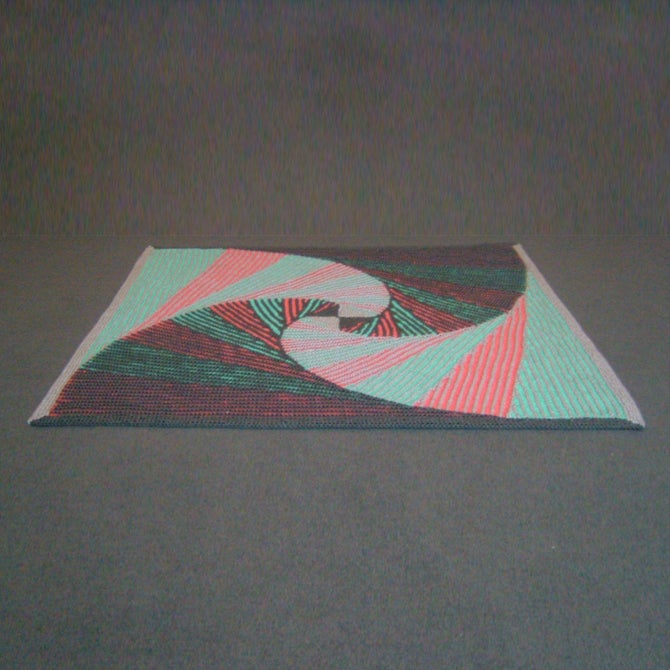 In Pursuit of an Illusion Wall-hanging/Afghan - PDF knitting pattern

By Woolly Thoughts
A shadow knitting version of Curve of Pursuit.

Curve of Pursuit has been our most popular design for many years. Now we have In Pursuit of an Illusion which is a shadow knit version based on the same mathematical concept as the original.

Some people say they see squares in the original Curve of Pursuit. Others see four curved sections. In Pursuit of an Illusion combines these so you can see both by looking from different angles. The photos show what you see from directly in front and what you see from an angle.

The pattern includes two versions. One makes the squares most obvious, when looking from an angle, the other shows the swirls first.

It can be made in any yarn, using a minimum of four colours (two for the background and two for the foreground). The afghans shown in the photos are vabout one metre square. The pattern has instructions for making them much bigger. You can make any size you want by continuing to add more wedges. This pattern is not recommended for a complete beginner.