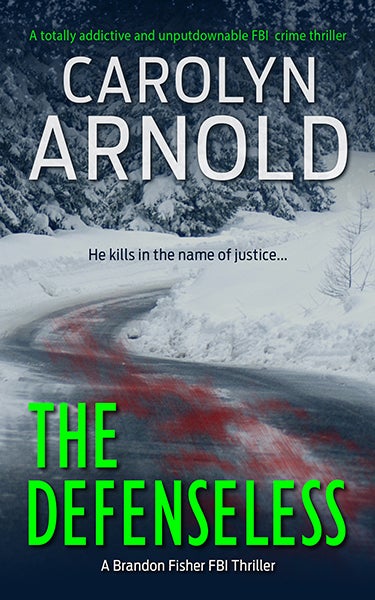 By Hibbert & Stiles Publishing Inc.
He can’t breathe. The choker is tight around his neck and attached to a short chain, and he can’t stand forever. As his legs begin to buckle, he calls out into the dark, “Why are you doing this?” Soon all goes black…

Fed rat poison and left to die, a man’s body is found in the back alley of a bakery in Denver, Colorado. Detective Mack McClellan is assigned the investigation and soon discovers a similarity between the background of the murdered man and that of other men who have been reported missing in the area. These men have yet to be found, but McClellan doesn’t expect them to turn up alive. He calls on the FBI Behavioral Analysis Unit to assist because he’s quite sure the city has a serial killer.

Special Agent Brandon Fisher and his team fly in to help, but it’s not long before there is another victim. Clyde Ellis was strapped to the bumper of his truck and dragged along a stretch of road—the same thing he had done to his dog. An idea of what’s going on begins to take shape, and while the killer’s method of murder is ever-changing, the FBI is quite certain of one constant. The evidence is pointing toward a vigilante killer who is on a mission to clean up society and exact punishment on his victims for their sins. The FBI will need to act quickly or there will most certainly be more death. But as the team continues to uncover the killer’s secrets, the case becomes more dangerous than ever, and their quest to save lives may very well result in the loss of one of their own.

The Defenseless is a totally gripping psychological thriller that will have readers turning the pages to unravel every twist. Buy this international bestselling book today and hunt a serial killer alongside the FBI! Perfect for fans of Catherine Coulter, JT Ellison, and Patricia Cornwell.