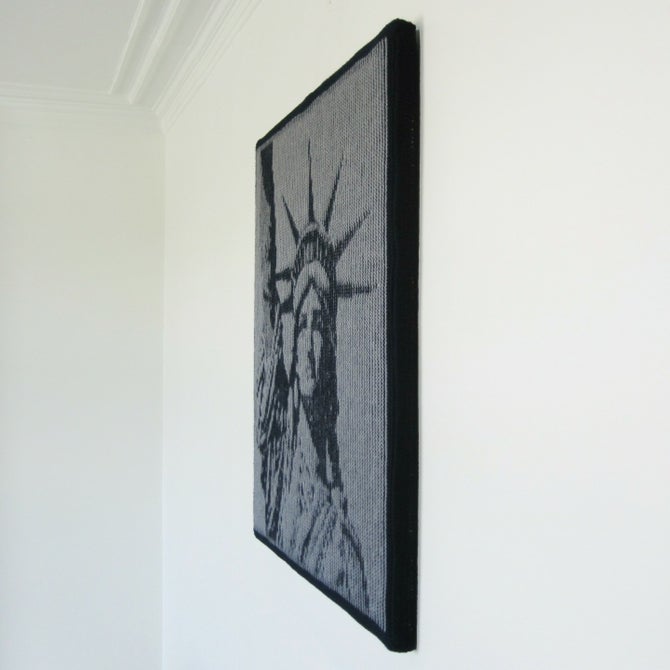 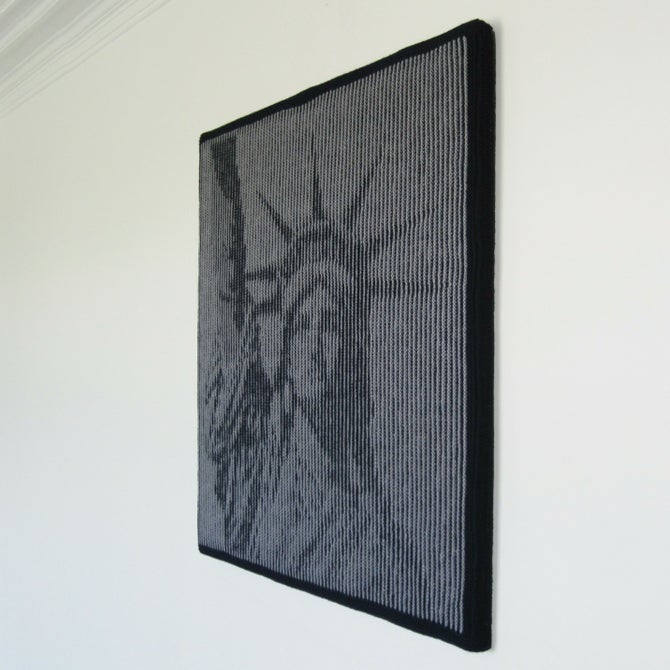 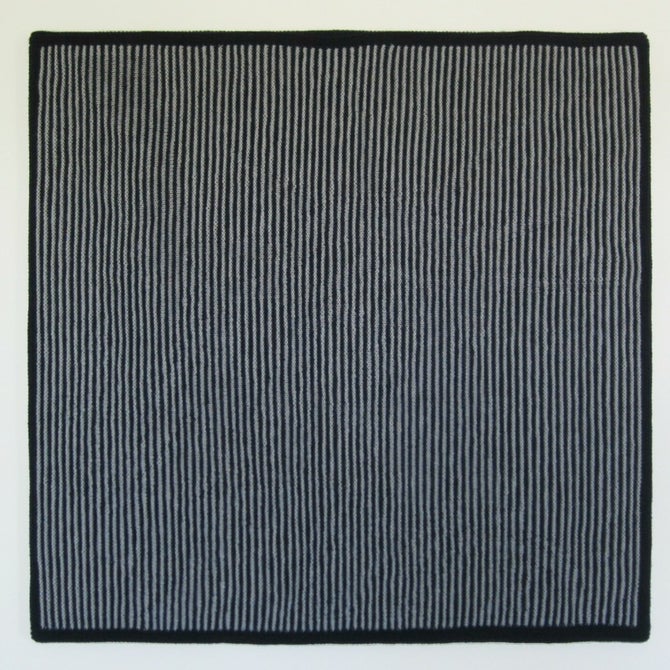 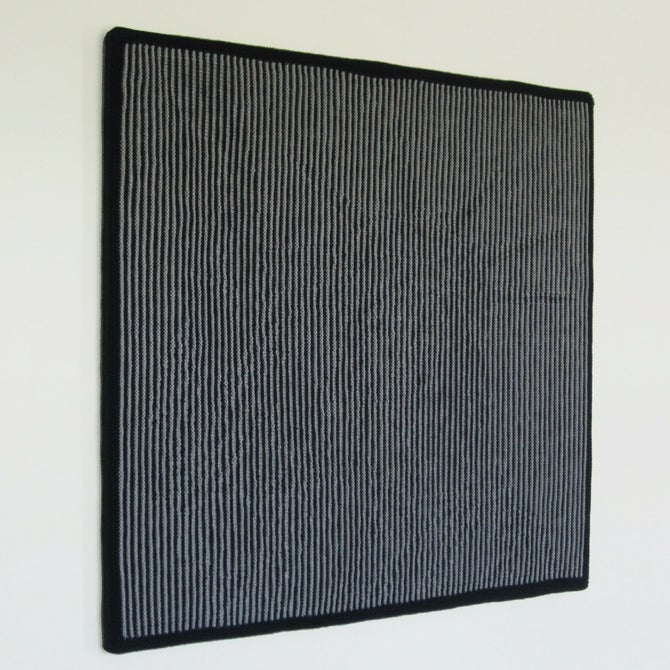 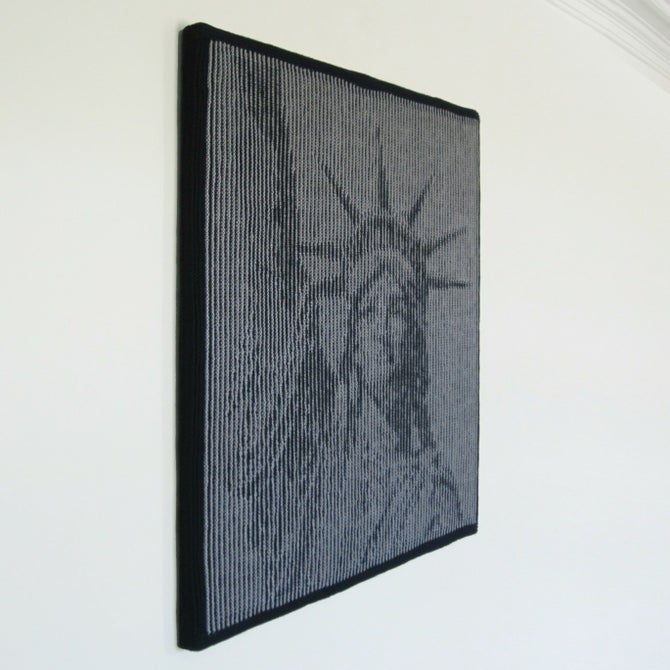 By Woolly Thoughts
It would be nice to knit an illusion of the whole of the Statue of Liberty but, to show the amount of detail needed, it would be enormous so I settled for just representing the head.

When you look at the knitting from directly in front you only see stripes. Liberty appears when you look from an angle.

The finished illusion, as seen in the photos, is 80 cm (32”) square and used 500 metres (550 yards) of DK yarn in each of two colours. Illusions work in any thickness of yarn so you could use a different yarn to make it bigger, or smaller.

Extra yarn is required for the borders for both versions.

Designed by Steve Plummer. Our original Liberty was bought by Ripley’s Believe It Or Not!