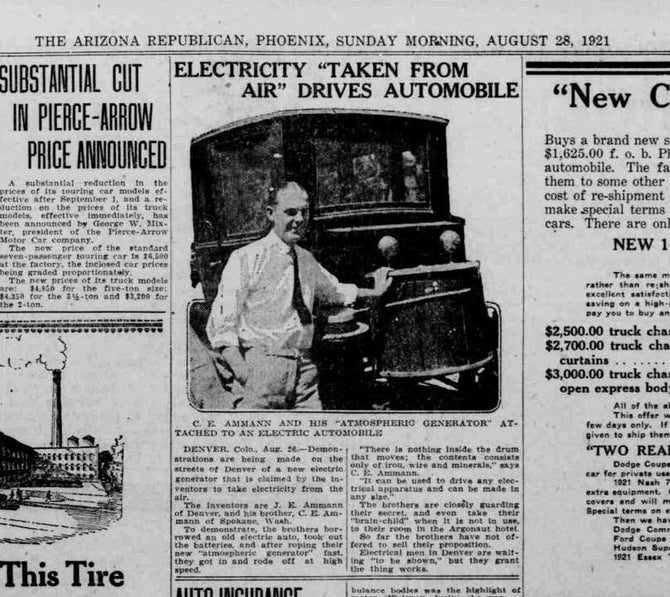 By Vinyasi
How to generate an endless supply of reactive power by emulating the behavior of spark gaps.

This is an attempt to replicate Tesla's TriMetal Generator and the Atmospheric Generator of the Ammann brothers may be one and the same invention.

Only electrical loads consume real power. Thus, only appliances come under the authority of the Conservation of Energy Law by endowing their reception of real power must equal their exportation of their conversion of this inception of energy into some other format. For instance, an appliance may receive real power, but must convert an equal amount of heat or mechanical motion, etc, in order to satisfy its operation under the Conservation Law and Ohm's Law.

The reactance formulae of capacitive and inductive reactance regulates the rate of the formation of free energy while Mho's Law justifies it.

Here are the figures for my application for a provisional patent. This is Volume 2. Volume 1 is the text without any images and must be purchased along with this volume in order to make any sense out of these images.

The text follows a format analogous to Euclid's Axioms in which a simple premise serves as the foundation for whatever follows, namely: the conventional nomenclature of physics has decided to assign a negative polarization of sign to the charge state of an electron, plus we have casually accepted the convention of labeling the voltage difference between the two terminals of a battery as having a positive polarity of sign.