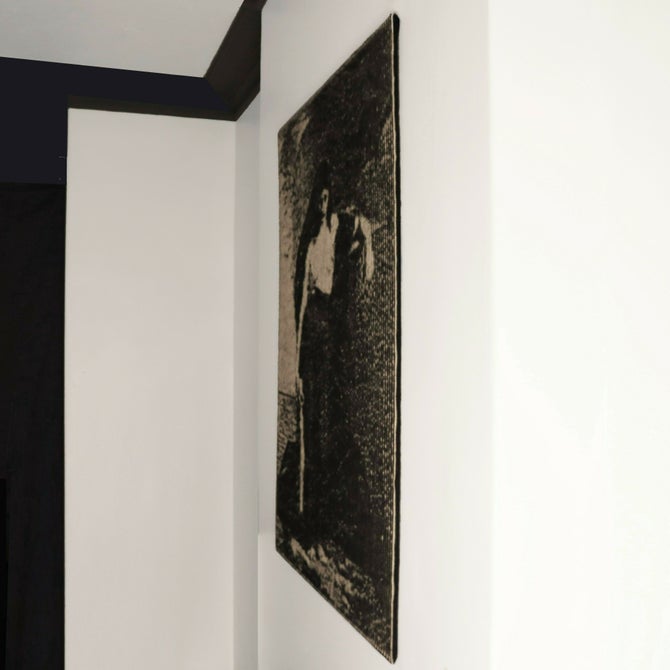 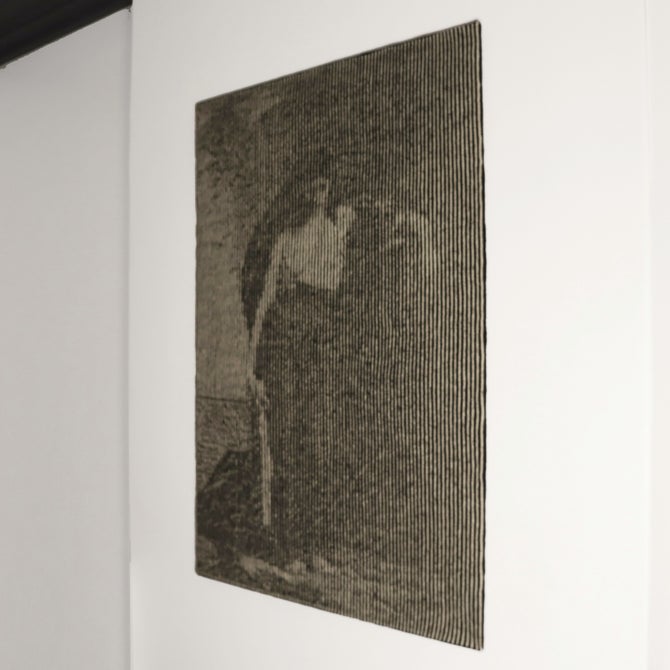 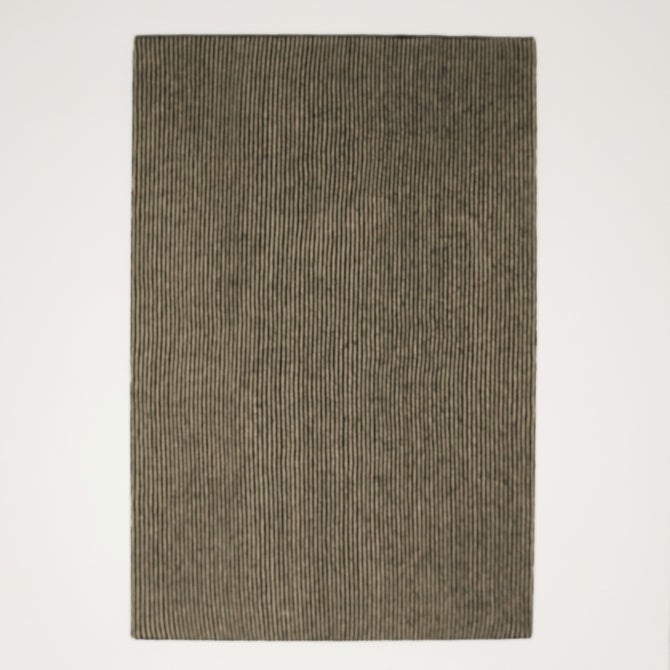 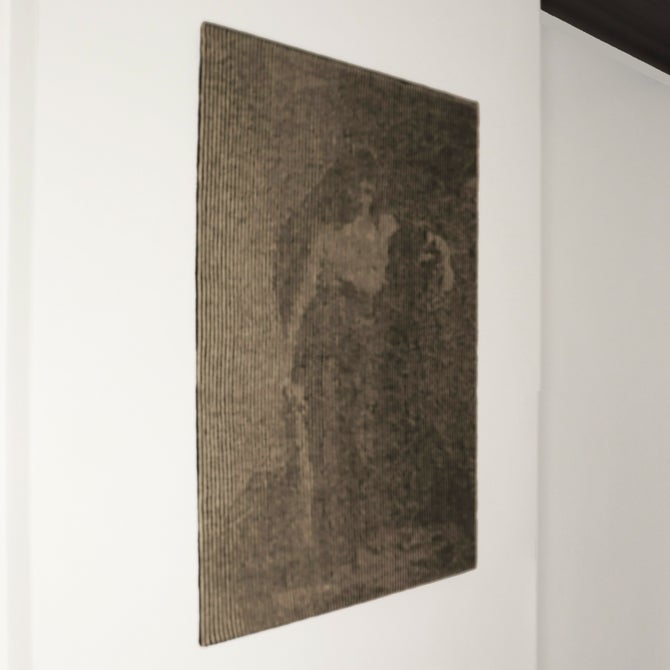 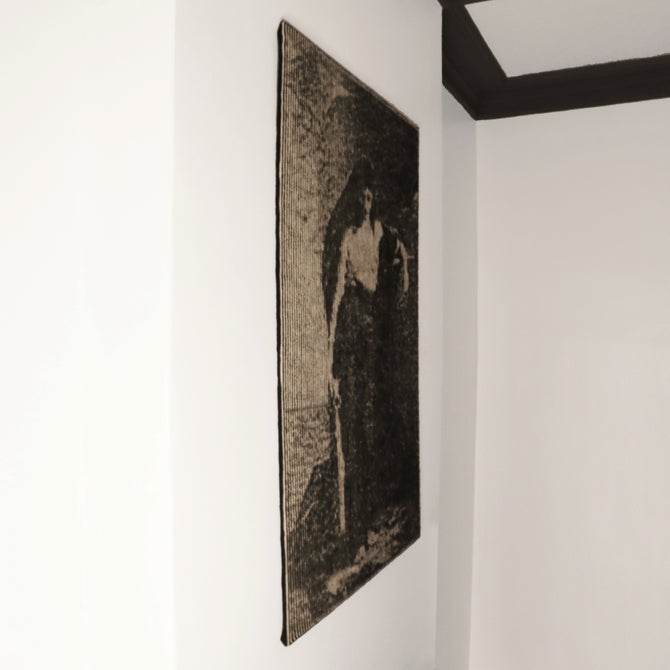 By Woolly Thoughts
An illusion based on a painting of Sappho by Auguste Charles Mengin. It was painted in 1877 and is now in Manchester Art Gallery. Sappho was a Greek poet who lived around 600BC. She threw herself into the sea because of unrequited love, still holding her lyre.

The original painting is very dark, as is the illusion. It has lots of subtle shading. If you don’t have room to hang such a big piece you could add a wide border and use it as a bed cover.

The hanging in the photos used about 1100 metres (1200 yards) of each of two colourscolour plus extra for the border and mounting. The finished hanging measures 94 cm x 150 cm (37” x 60”). Using a finer yarn would make a smaller hanging.

When you look straight at illusion knitting you only see narrow stripes. The image appears when you look from the side.

The pattern contains several versions of the chart, including one for tablet or phone use.