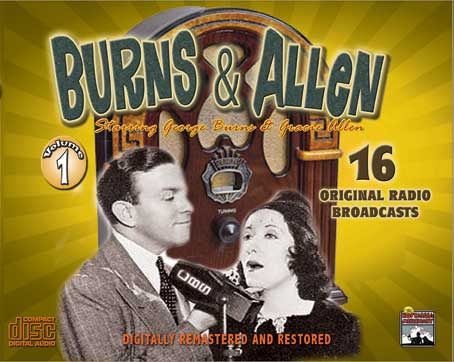 One of the most famous running gags was “Gracie Allen for President.” During the election year of 1940, Gracie represented the fictitious Surprise Party and advocated nonsense as part of her platform. The “campaign” was so successful that Gracie actually received numerous write-in votes on election day. Some of those hilarious broadcast are included in these collections.