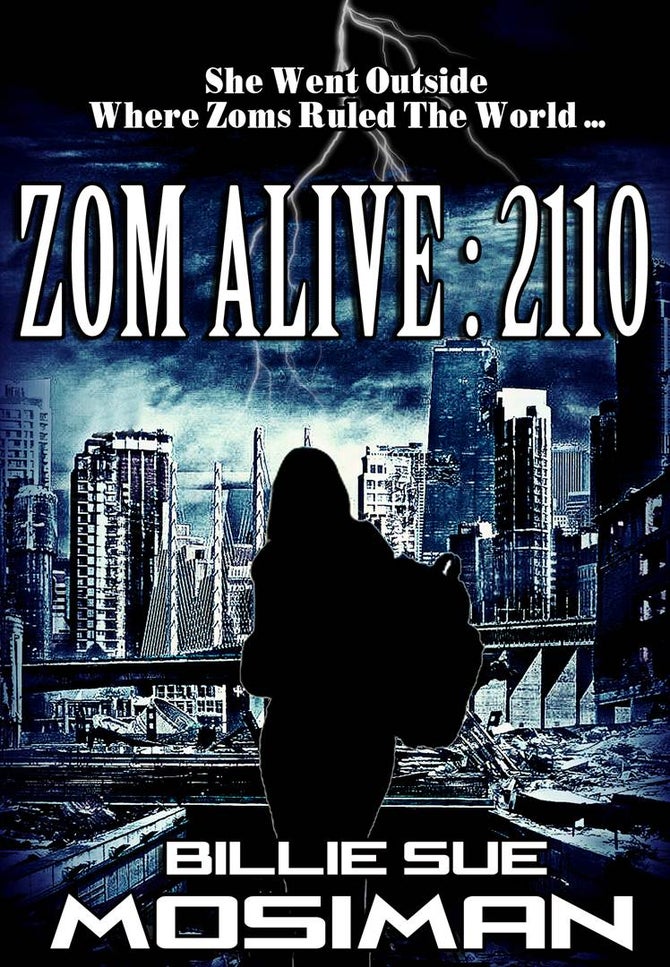 By LYLE MOSIMAN
A novella by an Edgar and Bram Stoker nominated author of more than 50 books.

She escaped her underground world to go outside where the Zoms waited. She believed her chances at survival were greater among the insane.

Baya, orphaned in the underground city, found it impossible to avert danger. The inhabitants were losing their minds in the crowded darkness. Outside lay the Zoms, those infected by a worldwide virus that affects the brain. Now they're more like animals, more like their ancestors of old. They aren't dead, not by a long shot, but given the chance anyone they meet will face death. The Zoms have lost all control and there's no turning back. They're made to kill.

Baya, on her own, liked her chances more on the Outside. She had her backpack and she had her hope. There was more freedom in the outside world, but there was more risk too. Everything had to be disinfected. Zoms had to be avoided. If Baya was going to make it she had to find a safe place. Was there any safe place left on Earth? That was the question she must answer for herself in ZOM ALIVE: 2110.

Offered in mobi format. Read on your Kindle, or Kindle app on your phone, computer, or tablet.