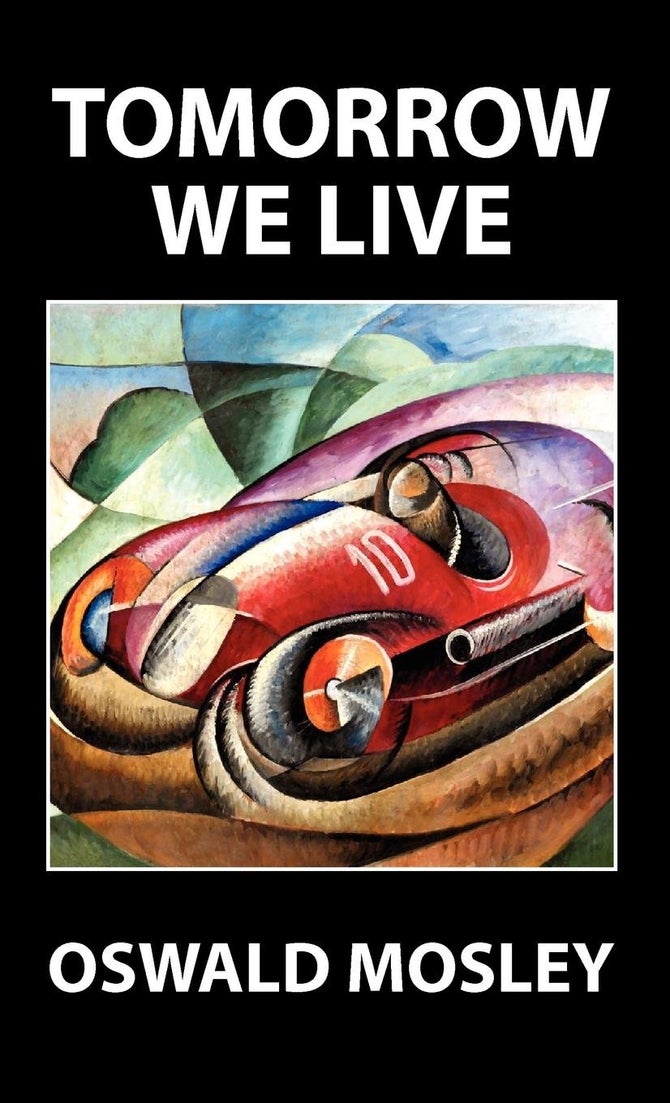 Tomorrow We Live, by Oswald Mosley

By European Resource
'Tomorrow We Live' (1938) by Oswald Mosley is the book whose style most closely resembles the emotive tone of his speeches. There was good reason for this: British Union, the Movement that Mosley led, was by now engaged in a life or death struggle to avert the coming War that would cost 60-million people their lives.

With great clarity Mosley restates his policies that would save Britain from recurring Slump and draws the line between anti-Semitism and his own necessary criticism of certain Jewish interests.

Then he reminds the reader that 'Mankind has no greater enemy than War and War has no greater enemy than British Union'. He contrasts the policy of the British government, to threaten powerful nations with war whilst maintaining minimal defence forces, with his own policy, of threatening no other country but having the strongest army, navy and air force in the world.

Mosley advocates that Britain should only fight if Britain is attacked. To travel round the world starting wars with other countries because we don't approve of their system of government would condemn Britain to perpetual war - there is always some country somewhere of which to disapprove.

He also addresses the charge of continental influence: "We do not borrow ideas from foreign countries and we have no 'models' abroad for a plain and simple reason. We are proud enough of our own people to believe that once Britain is awake our people will not follow but will lead Mankind. In this deep faith we hold that no lesser destiny is worthy of our people than that the whole world shall find in Britain an example."