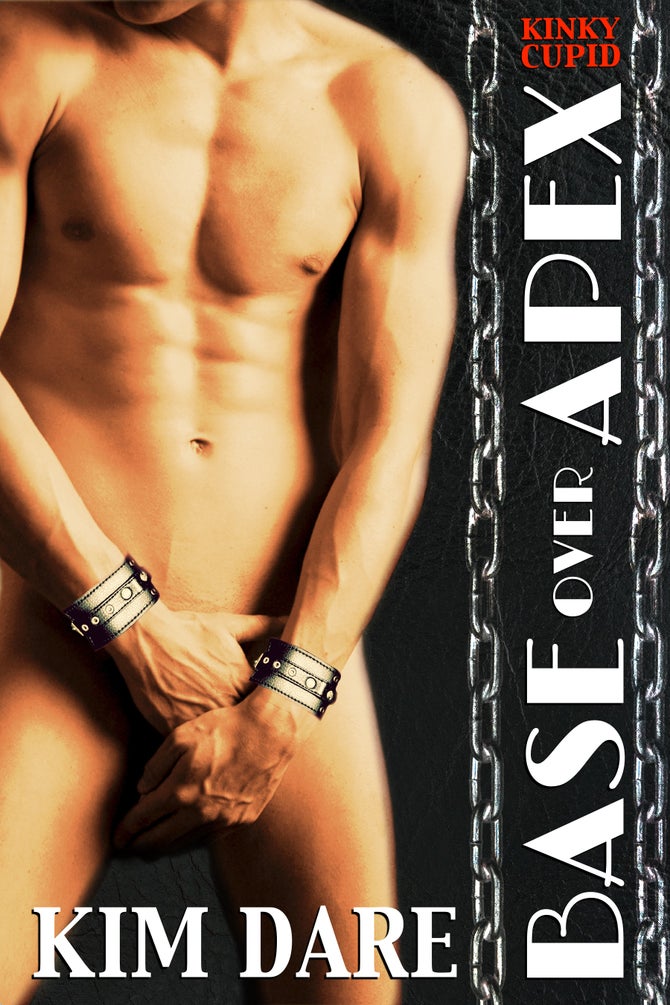 Base Over Apex (Kinky Cupid 2)

It’s Valentine’s at the Spread Eagle leather club, but the only sub Jack’s even spoken to belongs to his best friend, Marcus—and all Bret did was con him into taking a stupid bet. It is not going to be a good Valentine’s night…

The moment Jack sees Ricky walking naked through the bar, he wants him. When Ricky kneels at his feet and offers him the keys to his restraints, it’s obvious that his interest is returned. It might just be the best Valentine’s Jack’s ever had…

Ricky is sweet, and eager to please, and obviously new to leather. He’s the kind of guy who actually makes Jack wonder if “something at first-sight” might really be possible. But, when it suddenly becomes apparent that everything is not what it seems, the only thing Jack knows for sure if that this Valentine’s night is going to get very, very complicated.

Please note: This story was previously published under the title Call Me Sir, Boy! This version has been re-worked to become part of the Kinky Cupid Series, but it has not been significantly extended.

While it can be read as a stand alone title, this story is best enjoyed as part of the Kinky Cupid series.