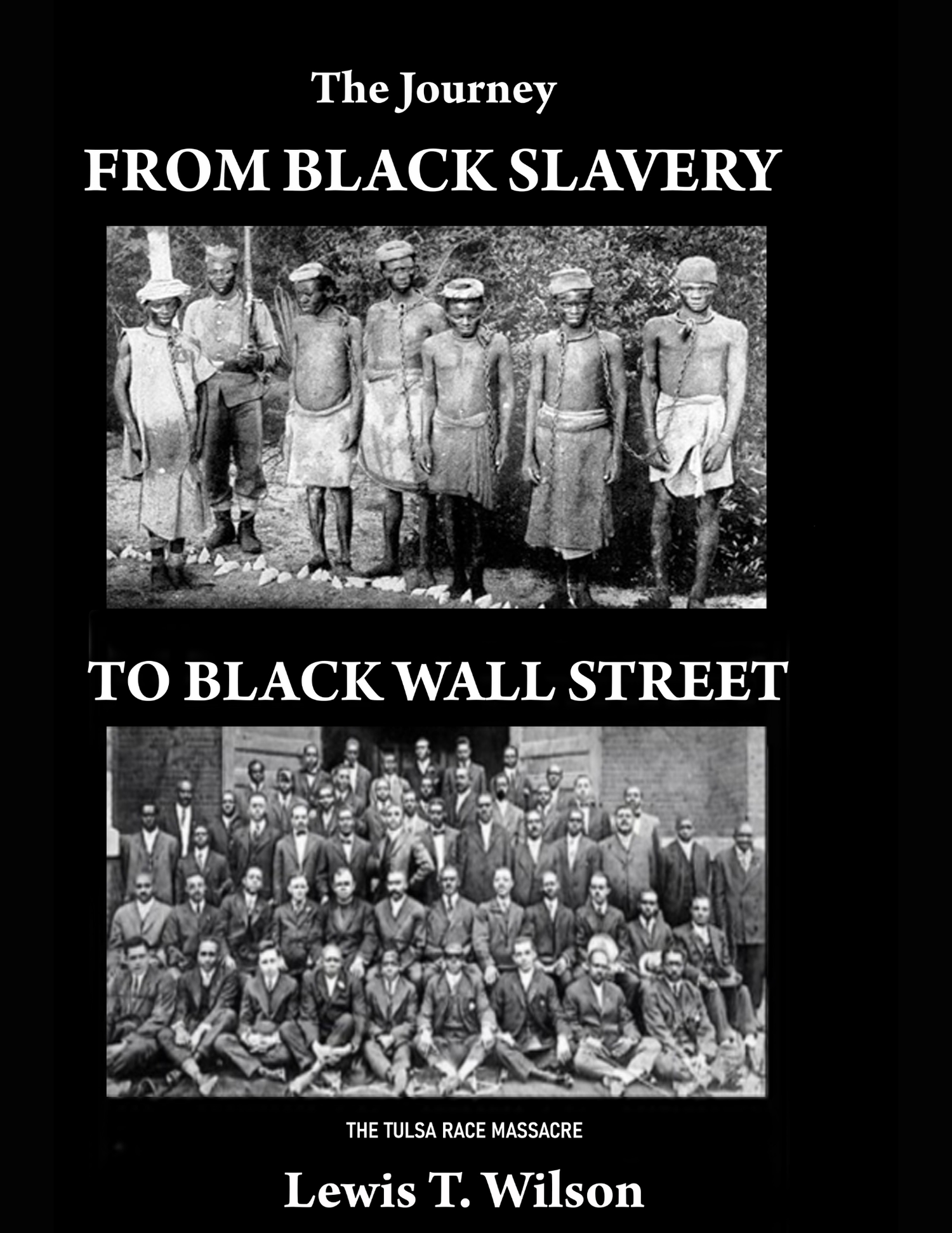 The Journey From Black Slavery to Black Wall Street

The Journey from Black Slavery To Black Wall Street 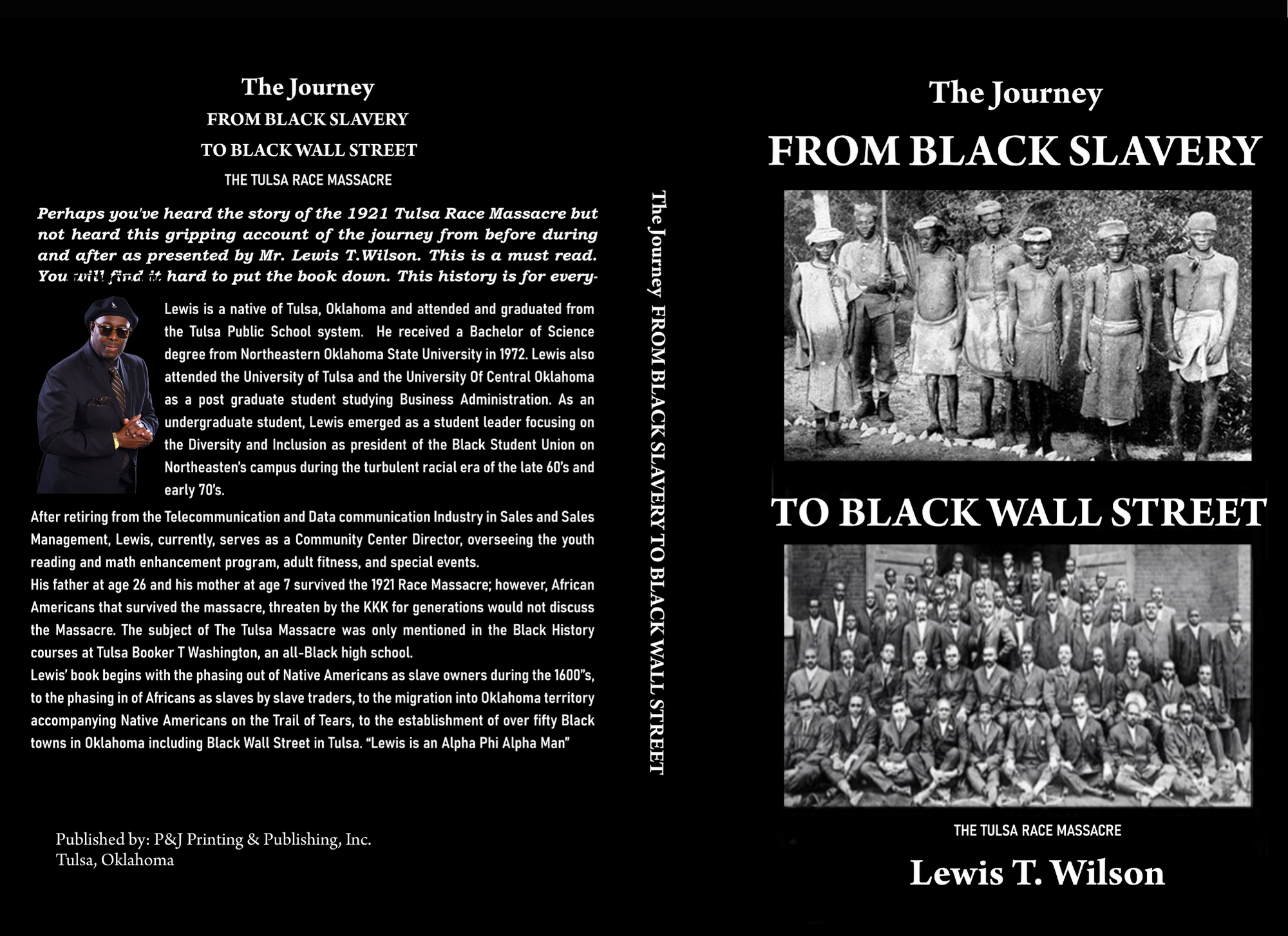 The Journey from Black Slavery To Black Wall Street:  The Tulsa Race Massacre is a detailed account of pertinent events before, during and after the historical 1921 Race Massacre. In this book, you will find the back stories of those experiences expressed by author, Lewis T. Wilson. Human accounts of the treatment of blacks as slaves, as freedman and as human beings in the United States of America that are experienced even today in 2022. Lewis is a native of Tulsa, Oklahoma and attended and graduated from Booker T Washington High School in Tulsa Oklahoma.  He received a Bachelor of Science degree from Northeastern Oklahoma State University in 1972. Lewis also attended the University of Tulsa and the University Of Central Oklahoma as a postgraduate student studying Business Administration. As an undergraduate student, Lewis emerged as a student leader focusing on the Desegregation of Northeastern's campus activities and the diversity and Inclusion of faculty, staff and administration during the turbulent racial era of the late 60’s and early 70’s.


A love for history and learning, Lewis set out to learn the real truth behind the 1921 Tulsa Race Massacre and gives details of his research.


Purchase your copy TODAY! This book is a significant part of American history you will want to pass down from generation to generation. Before, during and after the 1921 Tulsa Race Massacre are the accounts given in this beautifully presented masterpiece by Mr. Wilson. A period of time that was covered, almost erased and rather to be forgotten by the predators has come to light accounts not widely known.