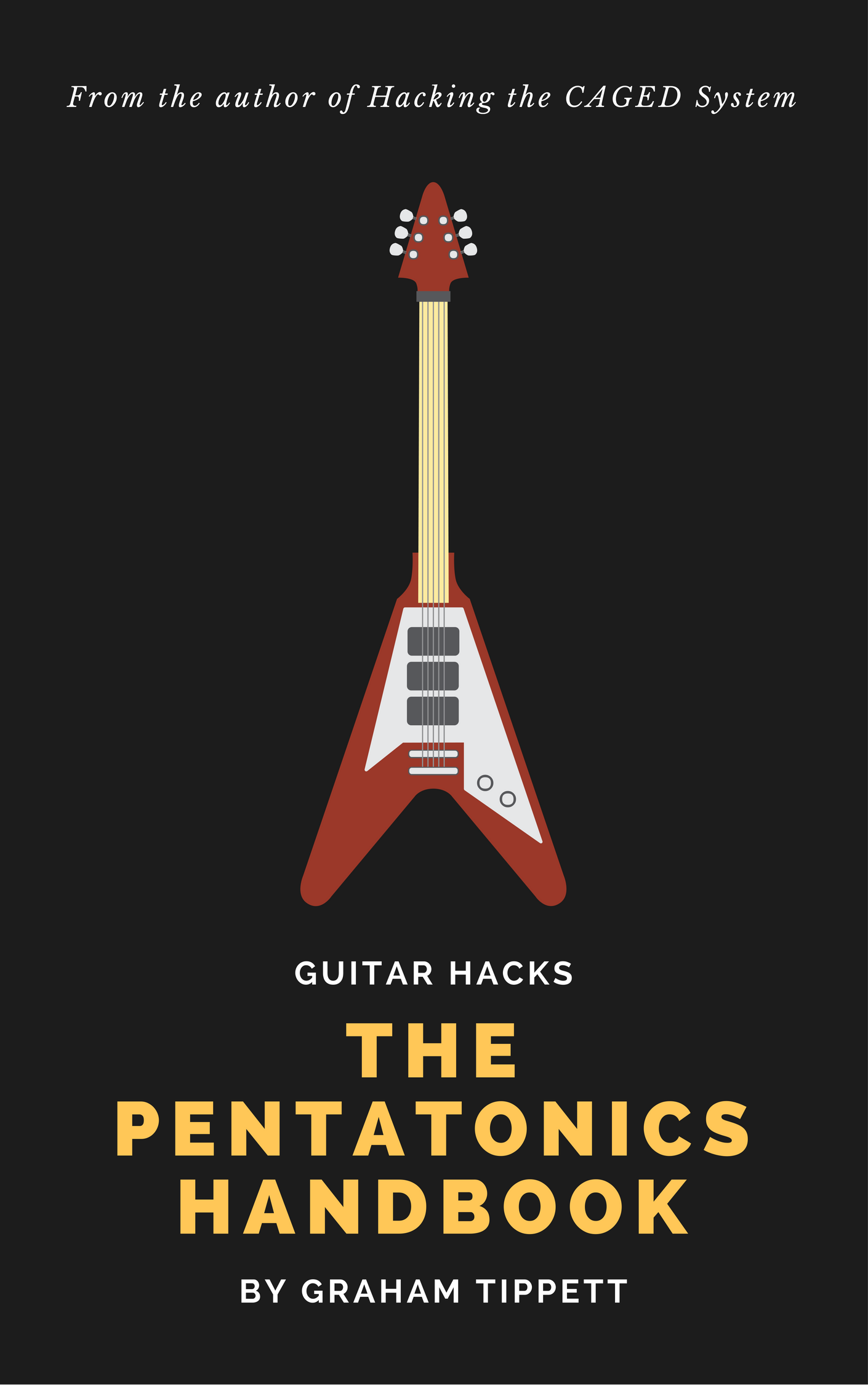 The very first scale most guitarists learn when they begin to explore the world of improvisation is often the Minor Pentatonic Scale, usually it’s A Minor or E Minor form. While this scale has been the crux of much of rock and blues music for the best part of a century, in the modern era of guitar playing it deserves a more thorough exploration through new pentatonic concepts, ideas and insight.

Over 10 in-depth lessons, this book will deepen your understanding of pentatonic scales while opening your eyes to a myriad of ways in which they can be used and exploited to build up an arsenal of improvisational tools based on these five-note scales. We’ll also cover the difficult transition from pentatonics to modes through a new method that allows you to retain your pentatonic prowess by intertwining it with the modes instead of abandoning pentatonic scales in favor of other more cumbersome scale systems.

In truth, most guitarists have barely scratched the surface when it comes to pentatonic scales, believing the major and minor pentatonic scales to be the end of the story when in fact, it’s just the beginning.

So, if you know those five minor/major pentatonic boxes, and want to see how much farther this can go, this book is for you.