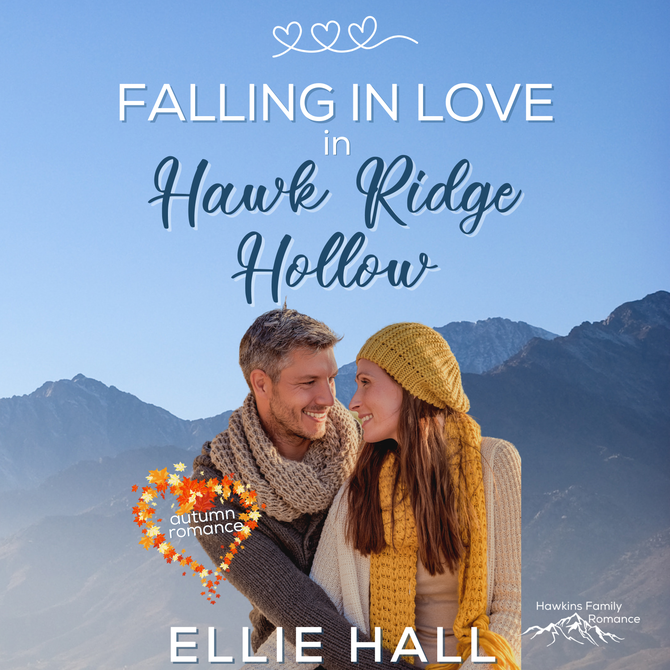 By Ellie Hall Author
She doesn’t want another hero. He believes relationships can ruin lives.

Brynn Powell had a tough childhood and after her husband died in the line of duty, she leaves the city for the small-town of Hawk Ridge Hollow to start over as a teacher. Aside from her lively classroom, she leads a quiet life fixing up an old house and would like to keep it that way.

Owen Hawkins, former Olympian, cop, and single father moves to the town where he grew up to give his daughter a sense of belonging even though he’d turned his back on his brothers. He isn’t looking for anyone to replace his ex-wife, especially not the pretty kindergarten teacher.

She needs a room parent and he’s perfect. He needs someone to look after his little girl because he works the night shift. The arrangement suits them just fine until they start turning to each other for laughs, for friendship, for something more...

Brynn’s thankful that she has Owen in her life. He and his daughter are like the family she’s always wanted. Then she makes a mistake and oversteps a boundary. Owen isn’t sure he can forgive her. But he hasn’t told her his entire story either.

This is book 4 in the Hawkins Family Romance series. Each book stands alone but reading them in order provides a deeper, richer experience. It is a sweet, “clean and wholesome” romance without swearing or mature content and contains a happily ever after.