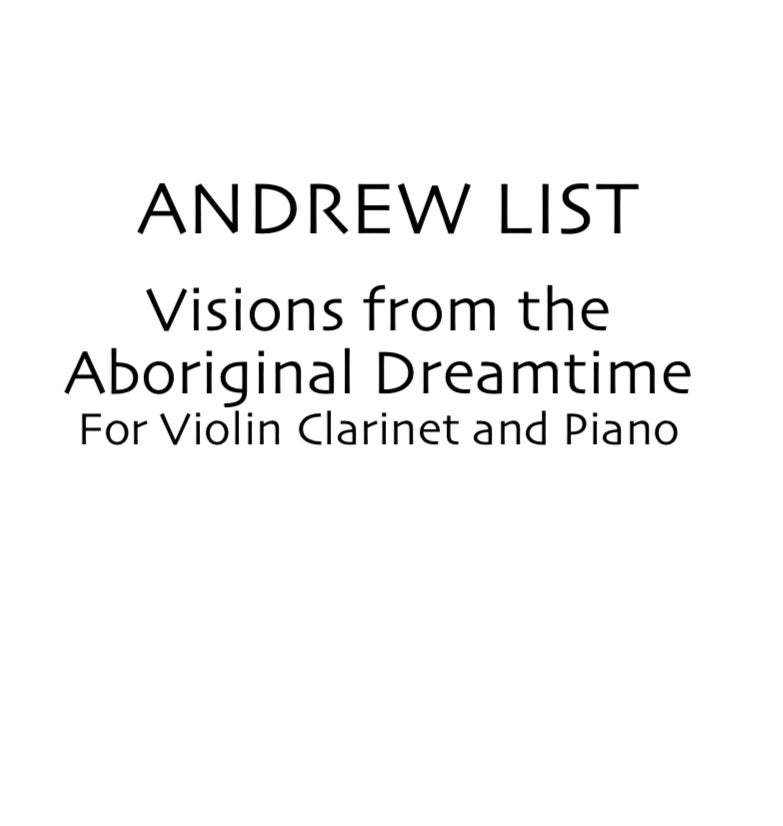 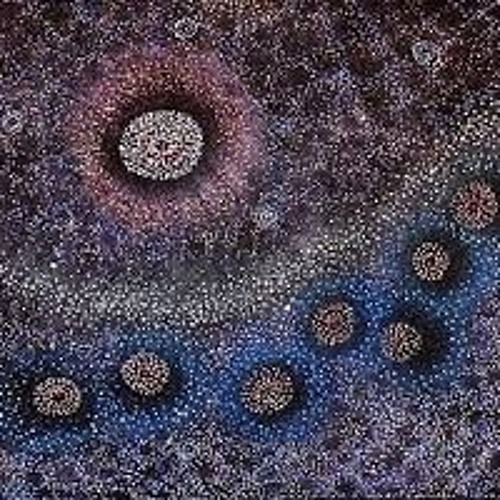 Visions From the Aboriginal Dreamtime for Violin, Clarinet and Piano score and parts

On Sale
$30.00
$30.00
Added to cart
Visions from the Aboriginal Dreamtime composed in January of 2018 for Zodiac Trio is scored for violin, clarinet and piano. The work is divided into four sections and is inspired by the creation legends of the Australian Aboriginals.

The Aboriginals believe that, in the beginning, the earth was featureless, flat and grey. There were no mountain ranges, rivers, billabongs, birds or animals - in fact not one living thing. Then long, long ago came the Dreamtime. The Dreamtime was a time when the ancestors rose up out of the grey plains where they had been slumbering for countless ages and sang every living thing into being. These mythical beings looked like animals or plants or insects, but they behaved just like humans. They wandered across the vast grey waste digging for water and searching for food and as they searched, because of their giant size, they made huge ravines and rivers in the land. Thus the world took on the shape it has today.

When the ancestors finished with their act of creation their spirit returned into the mountains, rivers, plants and animals. The bonds with the mythical beings of the Dreamtime are such that they believe in a united world of body and spirit for every form of life in the land, both living and non-living. This then means that the rocks, rivers plants and animals are more than just a reminder or a symbol of the Dreamtime they represent reality and eternal truth.

Aboriginal people believe that in the Dreamtime the traditional way of life was established and the people were left with a social and cultural heritage, which came from their ancestors. All the rites and ceremonies are, and always were, aimed at preserving this heritage. Their ancestors from the Dreamtime also gave them possession of tribal lands, and hence tribal land and all forms of life contained within it, are regarded as a sacred trust. These ceremonies are celebrated at Corroborees, which is a generic word to explain different genres of performance. Throughout Australia the word corroboree embraces songs, dances, rallies and meetings where people act out legends and stories from the Dreamtime.

The first two sections are inspired by the creation story from of the Dreamtime and the third is a lyrical love song celebrating the oneness of all living beings. In the final section titled Corroboree, I incorporated traditional rhythmic and metrical patterns used by Aboriginal people and attempt to imitate the sound of the didgeridoo in the clarinet and violin parts.
You will get a PDF (2MB) file