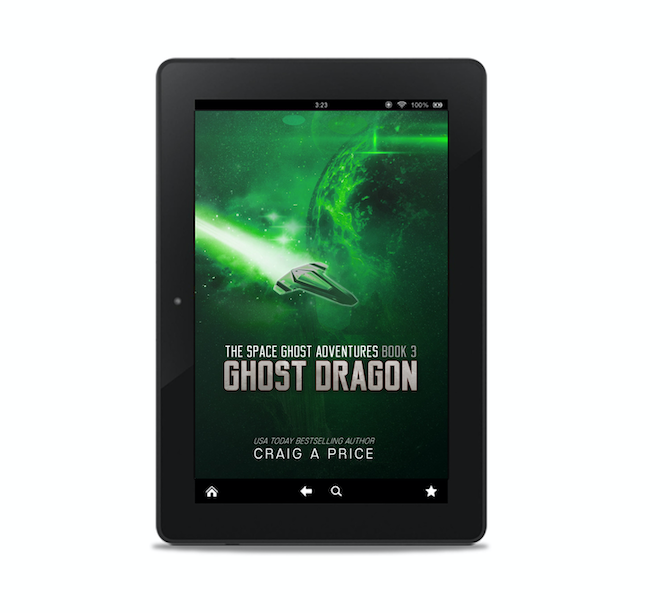 By Craig A. Price
A spaceship crashes onto a planet… completely filled with dragons.

When crash landing onto a planet filled with flying, fire-breathing beasts, Daniel is uncertain he can step up as the captain his crew needs to escape the strange planet.

Daniel is an Unwanted. His parents didn't want him. The Space Academy didn't want him. The shipyard he worked at for years barely wanted him. But here he was, clawing through the ranks of them all to become the captain of his very own ship. The Ghost. After one successful accidental mission, and a second mediocre one, he is now the captain of an exploratory crew. To go where no one has gone before, and all that jazz. It's always been his dream.

But when he crash lands on a planet full of dragons. No, not dinosaurs. Dragons. Yes, you heard that right. Dragons. Fire-breathing, Ice-Breathing, and lots of other elemental-breathing, flying dragons. Daniel doesn't know what to do. They may not be intelligent life, but he's stranded with a small crew and they must fight their way out, fix their ship, and get as far away from what Daniel is calling "Dragon Planet" (Original--I know), and onto his next exploratory mission ... if he can survive.

If you love Star Trek and The Orville, Science Fiction with snarky characters and humor-filled plot lines with a little bit of hard science, then you’ll love Ghost Dragon, because everyone is an explorer at heart!