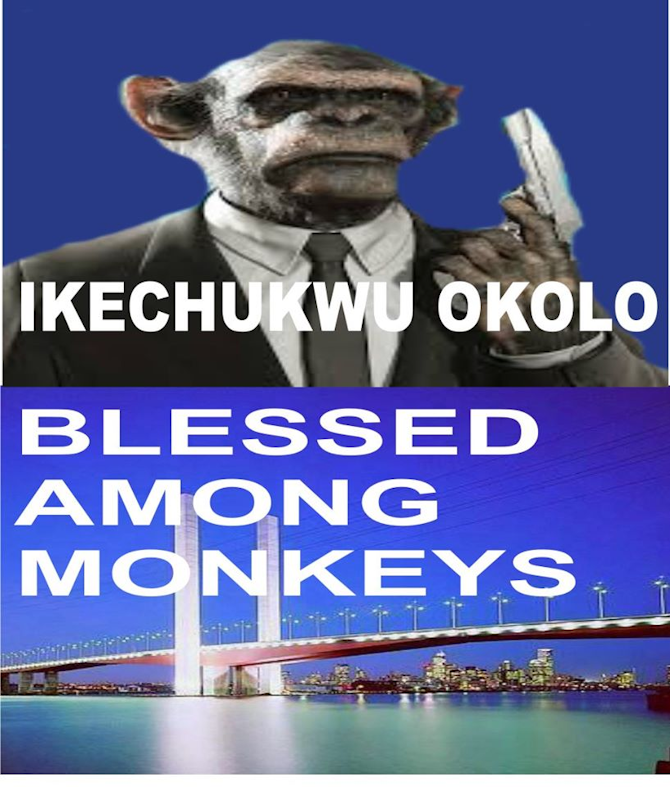 BLESSED AMONG MONKEYS... a crime novel

The world will go bankrupt as three, jobless, graduates, launch their money making software; Monkeys’ software. After being launched, the software will be capable of stealing money from any bank account within five seconds. As the world gets broke at every five seconds, the young criminals, Nku, Agu, and Azuaka Jnr. will be liberating themselves from poverty and accumulating wealth. From New York, Nku is to join the rest of the boys in Lagos. Each of them is to contribute ten million naira for the project. Azuaka Jnr. steals his father’s gratuity to belong; Agu sells his only inheritance; a house and a Benz, to reap from the project. But Nku returns with a white man, Ferguson, whom Azuaka Jnr. hates with the last drop of his blood. The Monkeys’ software is ready to steal from the world but Ferguson possesses Nku with the idea of selling it to a Chinese billionaire and sharing its proceeds amongst everyone. The center cannot hold as Azuaka Jnr. smells betrayal and distrust. He uses his girlfriend, Opula, to get Ferguson down. Regrettably, Opula is interested in the software too and tries to charm Ferguson with love and steal the software but Ferguson can't be charmed. Nku gets killed by Ferguson.  The duo, Ferguson and Opula plan to run away with the software when, except Opula, they are all suddenly declared wanted by the police. Azuaka and Agu go out of their way in search of Ferguson, Opula, and Nku whom they never knew was dead. Azuaka and Agu die in a strange jungle. Ferguson and Opula will make their escape to Sydney through a naval officer, who plays a spy to the police. In his bid to escape finally, Ferguson is shot dead by an unknown, strange shooter, who is also interested in the software. Opula survives a gun injury yet under the custody of the police. Suspense.Thrilling.Entertaining