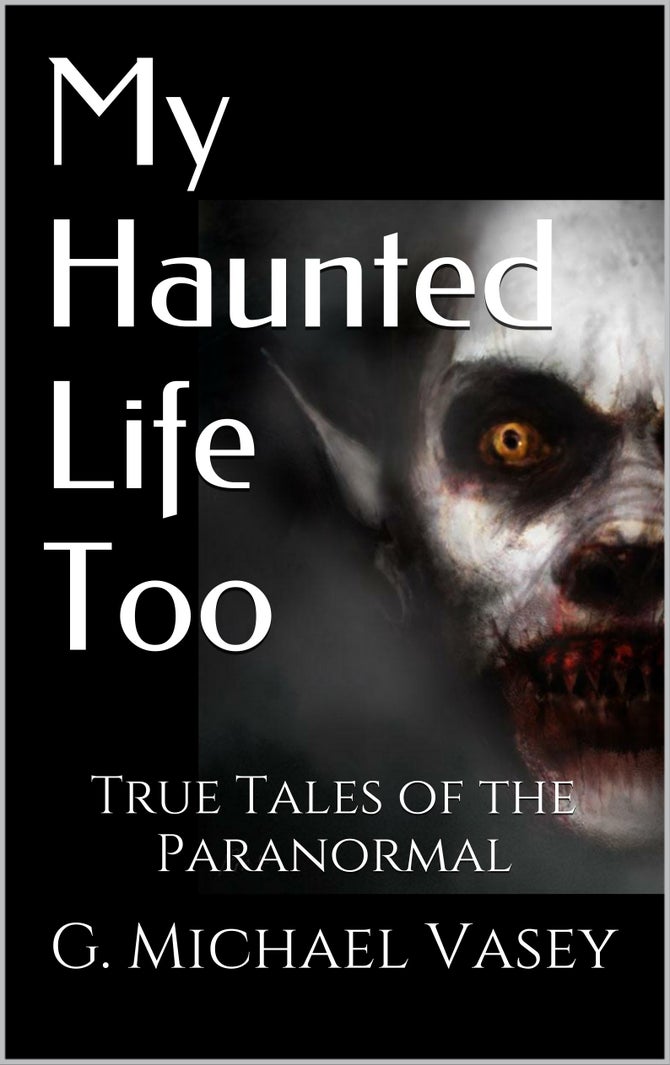 My Haunted Life Too

Come along and scare yourself with these very, very strange, often terrifying and creepy tales... Scary ghosts, frightening entities, haunted places, creepy tales of the unexplained supernatural and paranormal. True stories of the supernatural.

Excerpts:
"In front of her, down at the bottom of the stairs, she saw what looked like a small demon.....

The figure then seemed to gently glide farther away into the shadows of the undergrowth at the back of the garden as if hiding itself...

It was when the scratching sounds started that he called someone in again..."

“I have a man here with me in spirit who would like to warn you about that motorbike that you have. He is showing me that you will have an accident, so be careful. He is young, this man, and he is wearing motorcycle gear. He passed some time ago, though,” said the medium.

The lights flickered a bit and the footsteps resumed. The stairs creaked as something slowly and purposefully came down the stairs. With each creak, each sigh and each little noise, one of us would jump.

To his utter horror, he realized that it was a human skull as he watched it rolling away into the undergrowth.

As he sat there, he began to feel the tombstone move underneath him.