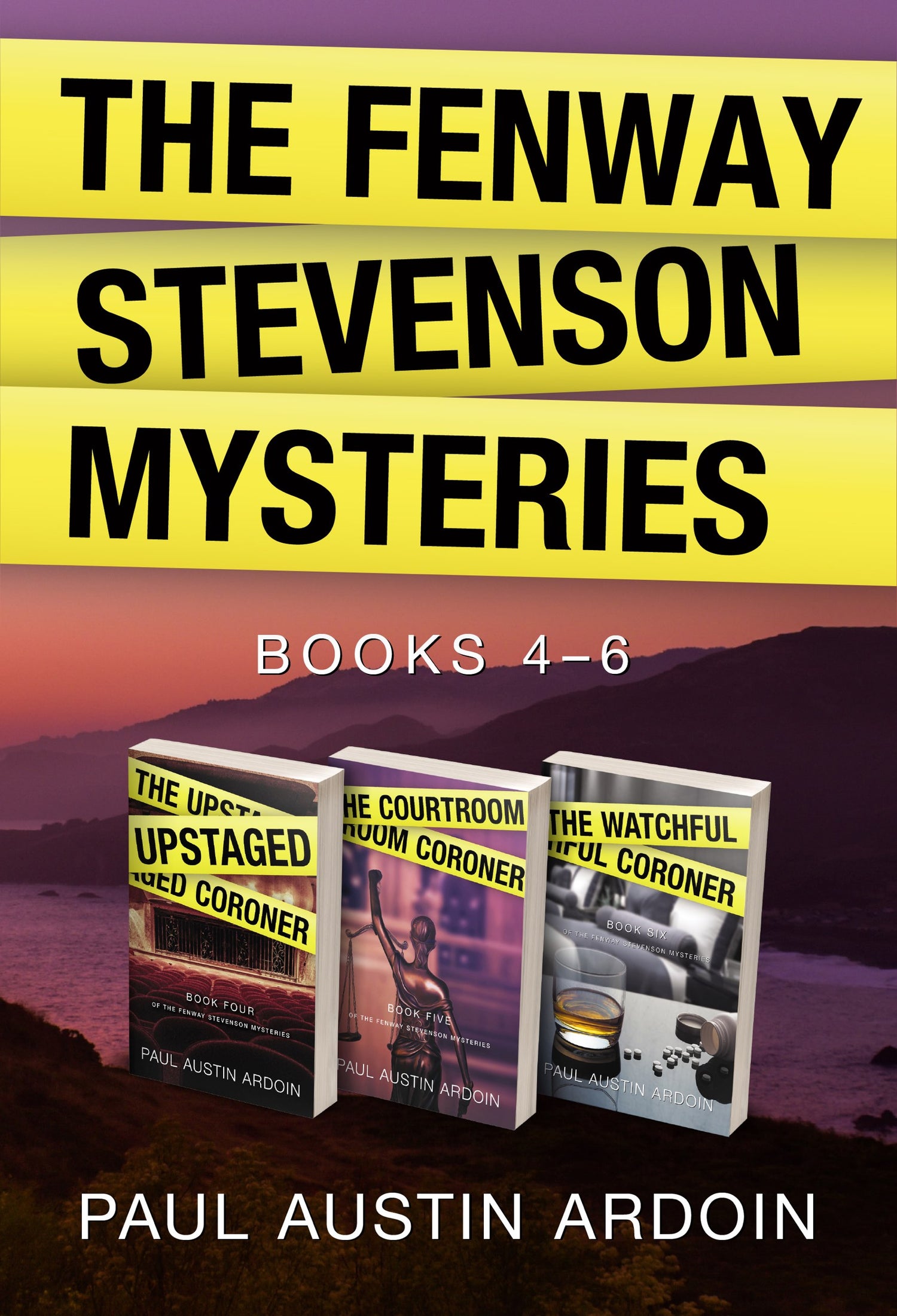 On Sale
$9.99
$9.99
Added to cart
Enjoy the next three novels in this hardboiled coroner series by bestselling mystery author Paul Austin Ardoin!
"If you love page-turning, unputdownable mysteries, then Ardoin is the real deal."
—Mark Stay, host of The Bestseller Experiment podcast


Blood is thicker than oil—until murder is involved!

The collection includes Books 4-6 of The Fenway Stevenson Mysteries:


The Upstaged Coroner: The local university's Shakespeare troupe already had plenty of drama—then their manager was murdered. The morning after the coroner election, Fenway Stevenson finds herself in the middle of another emotionally charged case. The manager of a renowned Shakespeare group is killed—and there's no shortage of suspects. Uncovering secret affairs and ties to a deep conspiracy, she gets stonewalled by actors, accountants, and even the university president—who all seem to know more than they admit. Can Fenway solve the murder before she becomes the next victim?

The Courtroom Coroner: A dead defendant. A court in lockdown. And a murderer in the room. Coroner Fenway Stevenson is distraught. Not only is her father on trial for murder, but a huge conspiracy is wrecking the coastal town she calls home. And with two gunshots in a crowded courtroom, everything changes. A dead body. Thirteen people. A set of locked doors. As the hours tick by, one thing becomes clear: the killer is still in the courtroom and will stop at nothing to ensure the truth never comes out. With only a fingerprint kit, an Ethernet cable, and her wits, can Fenway catch the killer before becoming a victim herself?

The Watchful Coroner: A murder in the city’s most exclusive hotel. The main suspect? Her boyfriend’s ex-wife. There’s another killing in the cozy beach town of Estancia. This time, Coroner Fenway Stevenson needs to solve the murder of one of the most prominent businessmen in town. But everyone has ulterior motives. The new mayor is pressuring her to make a quick arrest. Is he eager for justice or does he have something to hide? Fenway’s relationship with her boyfriend is strained when the investigation threatens to unearth a terrible secret and tear his family apart. Her father lies comatose after being shot by a bullet meant for Fenway. His company is on the brink of disaster. The investigation quickly turns into a political and personal battleground. Her friends, colleagues, and family get caught in the web of complicated relationships and contradictory evidence—and as the mayor turns the screws on Fenway, her emotions reach the boiling point. When the main suspect's alibi changes, Fenway knows something isn't right. Is she trying to hide a bigger secret or is she playing a more nefarious game?

Mixing murder, small-town politics, and hidden conspiracies, The Fenway Stevenson Mysteries follow the newly-elected coroner as she tries to get to the bottom of the high-profile murders in her town—while juggling the politics of the coroner's office, the whims of her rich, powerful father, and a romance with the county sheriff.

The Fenway Stevenson Mysteries, Collection Two is a boxset of the second three books of the hardboiled murder mystery series.
You will get the following files: 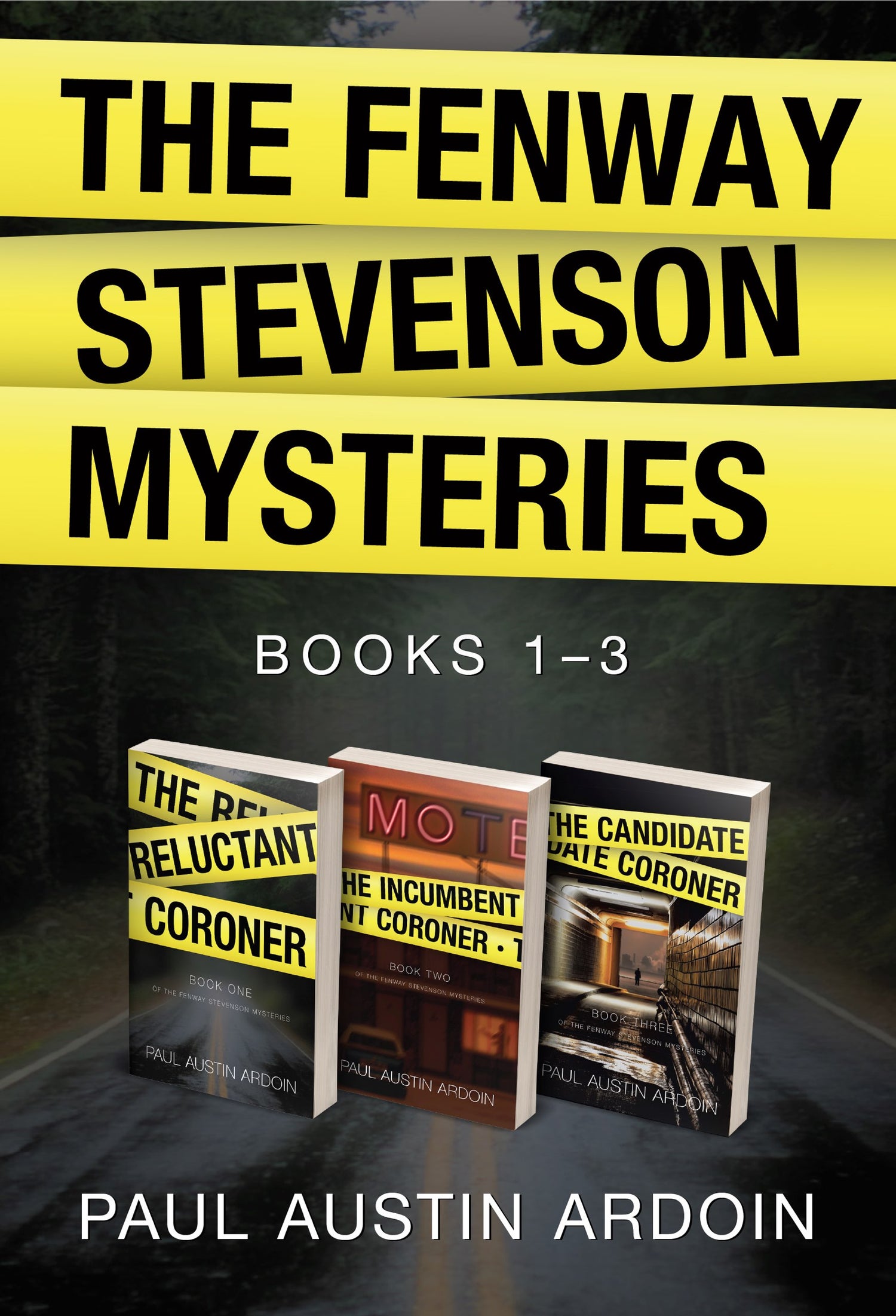