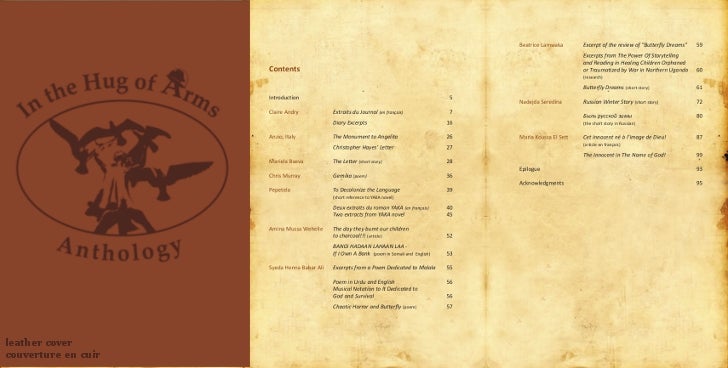 In the Hug of Arms Anthology

Thanks to Mariela Baeva for her legacy project In the Hug of Arms, an anthology of writing dedicated to the child victims of conflict. The image Mariela chose for her cover is of a small girl from Anzio called Angelita who died from shrapnel wounds at the end of World War II. The contributors to the Anthology are from Uganda, Somalia, Ireland, Russia, Belgium, Angola, the municipality of Anzio (Italy), Pakistan, Lebanon and Bulgaria. The texts are in English, French, Urdu, Somali, Russian - and all are with translations into English.

It is an excellent book in tribute to innocent victims of armed conflicts (WWII, Arab Spring, other regions of turbulence and change). I am honoured to be a part of this work with a poem. The Poem Gernika was written to be read out at the 75th commemoration of the Guernica Massacre in 2012.