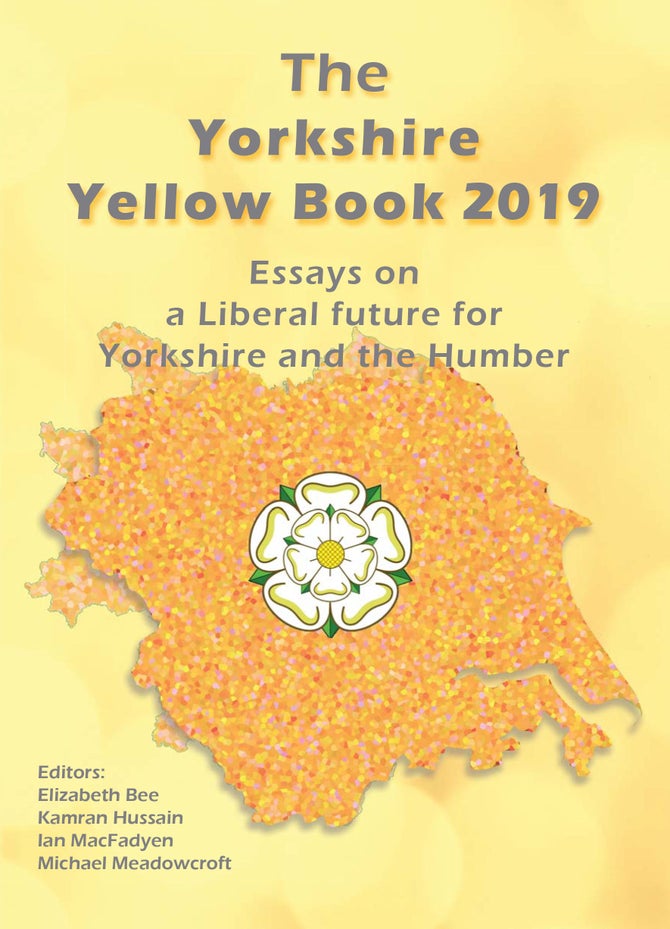 The campaign for “One Yorkshire” has stalled. Lots of fine words, occasional pats on the head from a visiting government minister, but nothing concrete. There is a lot of support for the “One Yorkshire” concept but it has, as yet, failed to take off in the public mind.

To change this and to provide the ammunition for individuals and groups to campaign, a group of Yorkshire Liberal Democrats have recruited nineteen colleagues and fellow travellers to produce a book of essays on a Liberal Future for Yorkshire and the Humber. It is not a book of political propaganda but a book of ideas and analysis on just about every issue and from all parts of Yorkshire.

The writers include three Liberal Democrat peers, Lords Harris, Newby and Shutt, with the cross-bencher and former Labour Lord, Chris Haskins, providing the foreword. Colin Speakman explains that Yorkshire’s archaeology underpins the One Yorkshire project and Dame Helen Wallace examines the long history of immigration into Yorkshire. A very different perspective is provided by Julia Gash who tells how she initiated a Eurozone in the heart of Sheffield. Further chapters look at the economy, explain why the 20% of rural Yorkshire requires a single Yorkshire authority rather than tagging along behind a city region and tackle the thorny issue of a single elected mayor as opposed to a political council leader.

The book brings together, in a single volume, the statistics and the information on a wide range of subjects aimed at briefing Yorkshire citizens for the vital debates and discussions needed to win the argument for devolution.