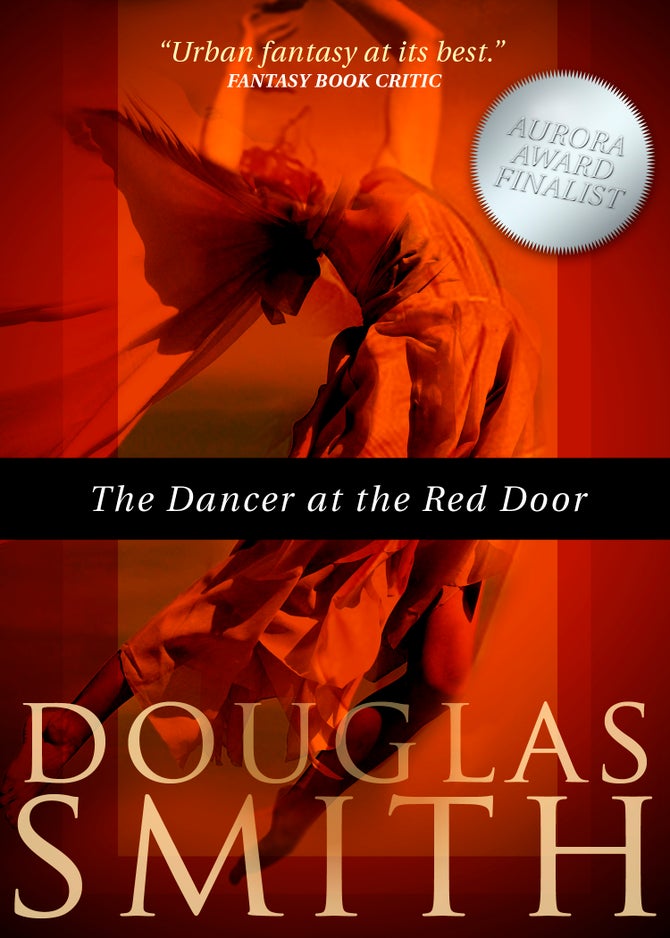 The Dancer at the Red Door (ebook)

Alexander King has everything—wealth, power, a business empire over which he rules. But lately, the corporate game in which he excels has lost its thrill for him. He needs a new game.

And then, on the crowded streets of Toronto, in the dead cold of winter, she appears before him. The Dancer. Achingly beautiful, half-naked, and dancing to a song that only she and King seem to hear, she becomes King’s new obsession.

An obsession that draws him into a journey through a secret world hidden within the city he thought he knew…and to a very special club.

"'The Dancer at the Red Door,' with its mix of oblique horror, urban fantasy, and monsters ... recalls British horror novelist Clive Barker at his most disturbingly fanciful." —Quill and Quire

"An excellent story…urban fantasy at its best." —Fantasy Book Critic

"...intriguing meditation on escapism...evoking Gaiman's Neverwhere, the obligatory helping of Lovecraft, plus a touch of something like Kubrick's Eyes Wide Shut" —Strange Horizons