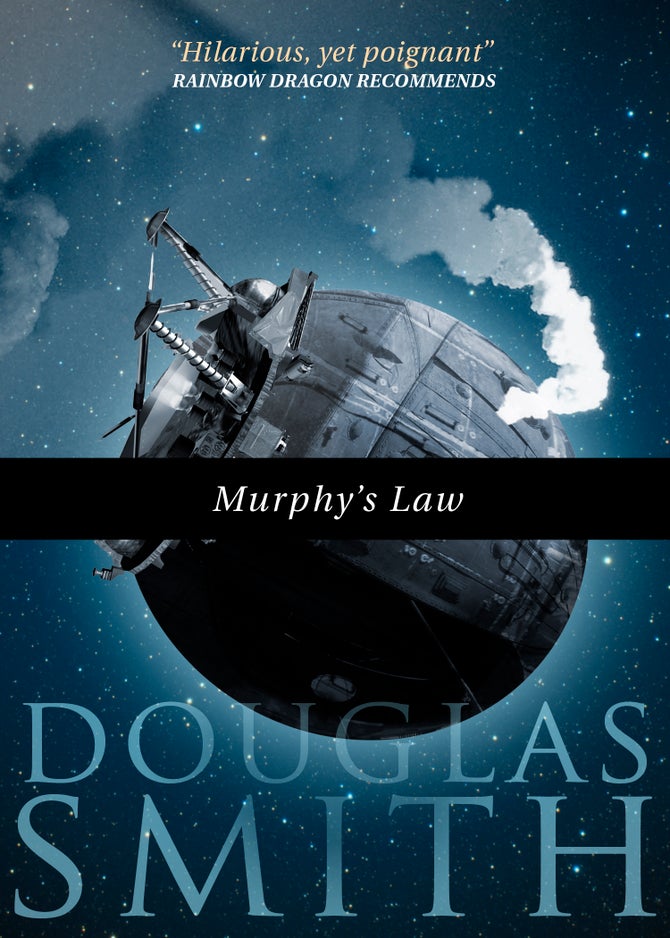 By Douglas Smith
As First Officer on the part passenger ship, part space freighter, The Fiscal Restraint, Dex thinks he knows all there is to know about "Murphy’s Law": If anything can go wrong, it will. And on the perpetually under-staffed, under-funded Restraint, it generally does.

But when Dex hires Orville Sod onto the Restraint, he meets a real-life "Murphy"—one of those sad souls who attract more than their fair share of calamity. By the time Dex figures that out, things have become, uh, complicated. A VIP is almost killed… Food systems have shut down… The navigation computer has been destroyed.

Well, at least things can’t get any worse…

"Douglas Smith showcases his talent for creating strong characters who are believable and sympathetic—even when they inhabit an absurd world. That world is painted vividly with efficient brush strokes as Smith expertly weaves between Murphy's misadventures on board the Fiscal Restraint and Dex's retelling of the same to his captive audience at The House Limit. 'Murphy's Law' is a hilarious, yet poignant read." —Rainbow Dragon Recommends