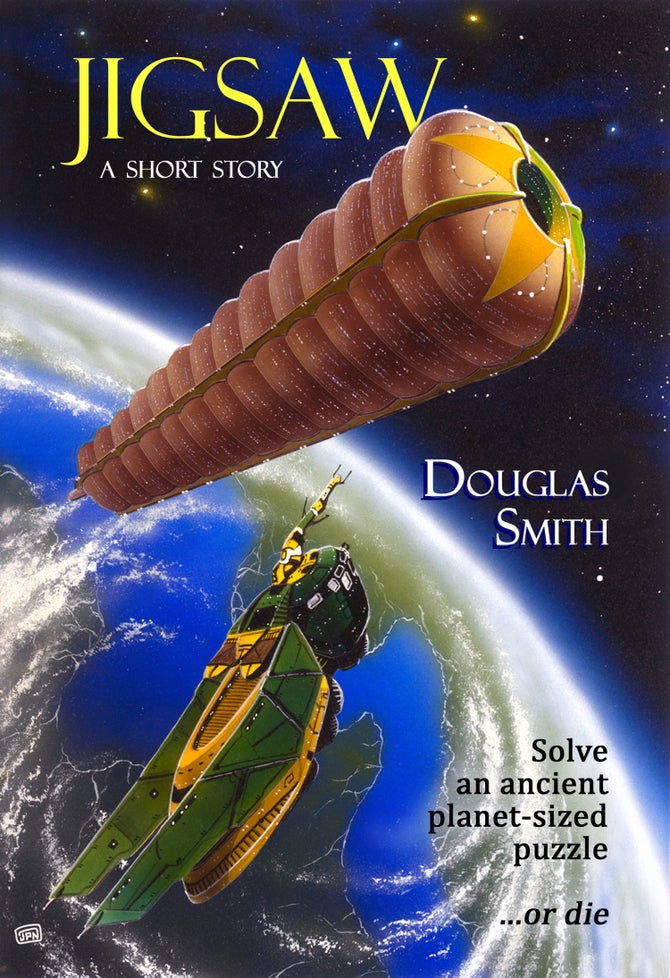 Humans are just beginning to explore the outer reaches of our solar system when the wormships are discovered outside the orbit of Pluto. Abandoned? Lost?

Or left to be found? Found with charted wormholes in Sol System. Found with incredibly ancient yet perfectly functioning Wormer technology. Five years later, humanity is exploring the stars.

But right now, Cassie Morant, ship geologist on the Johannes Kepler wormship, wishes she was back on Earth in her tiny apartment, lost in one of her beloved jigsaw puzzles. Because that perfect Wormer technology is perfect no more. Something has gone wrong.

The Kepler’s orbit is decaying, and Cassie has less than twenty-four hours to solve a planet-sized, eons-old puzzle—or the entire crew will die. Cassie’s good at puzzles, but this one has a piece missing. A big piece.

Now Cassie has one last chance to save the ship and the man she loves. But time’s running out…

"...reawakened the child in me who loved to watch Star Trek characters solve the problems of mysterious races on faraway worlds. It's a nicely done puzzle-story, with a clever solution..." —Nancy Fulda

"A clever story whose protagonist is as reliant on her innate curiosity and fondness for puzzles as her intelligence. It provides added depth that one can miss in short fiction." —Tangent Online

"…reads very, very well in the traditional derring-do of sf adventures … shows the scope of the author's range and another favorite of mine in Chimerascope (A+)" —Fantasy Book Critic

"A darkly amusing look at what can go wrong when humans use alien technology they don't fully understand." —infinityplus