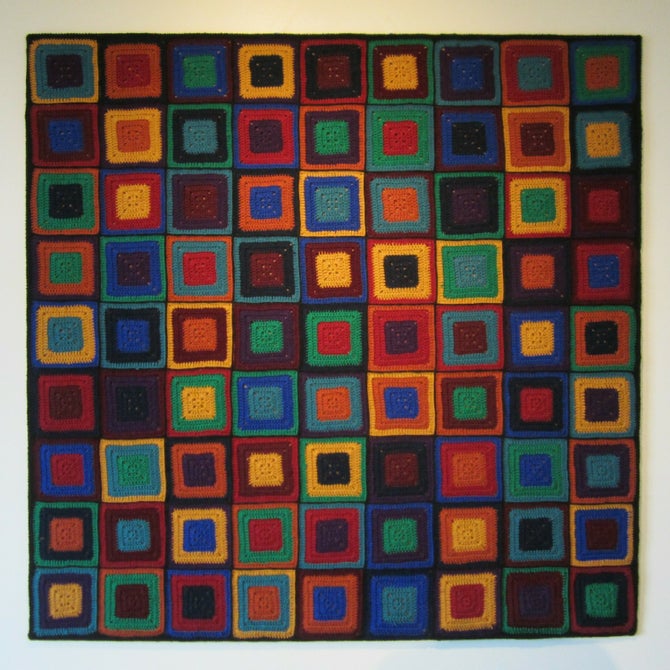 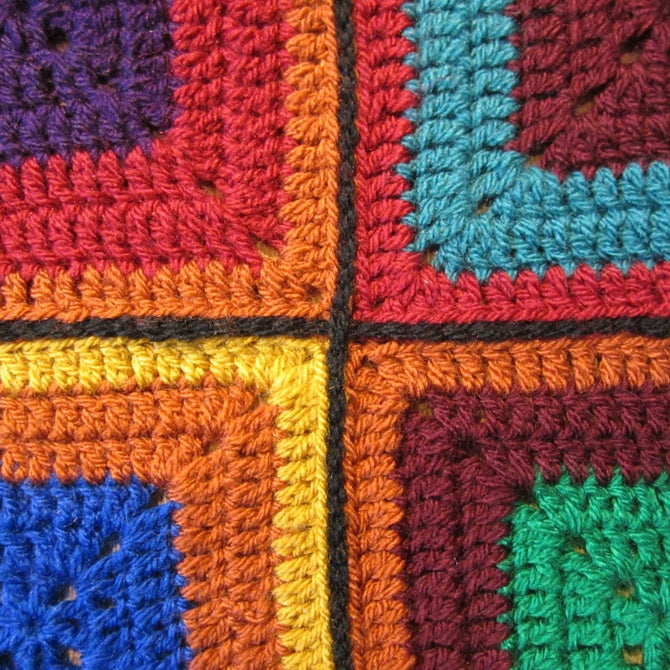 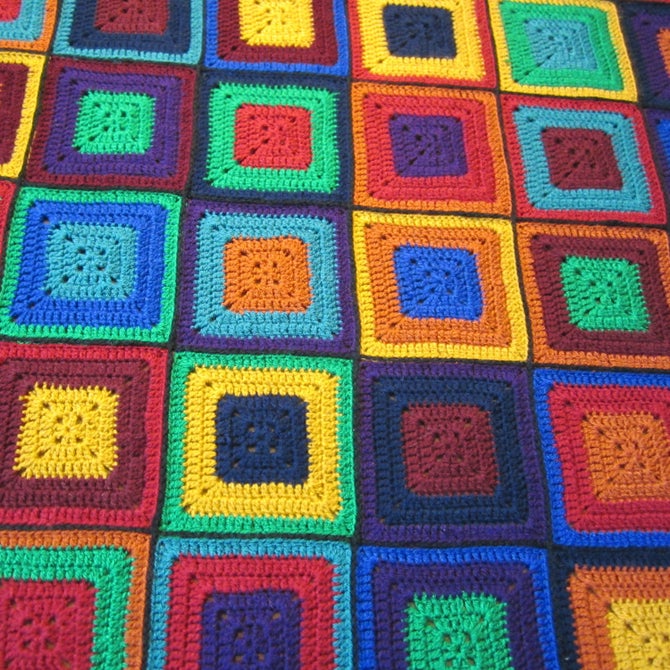 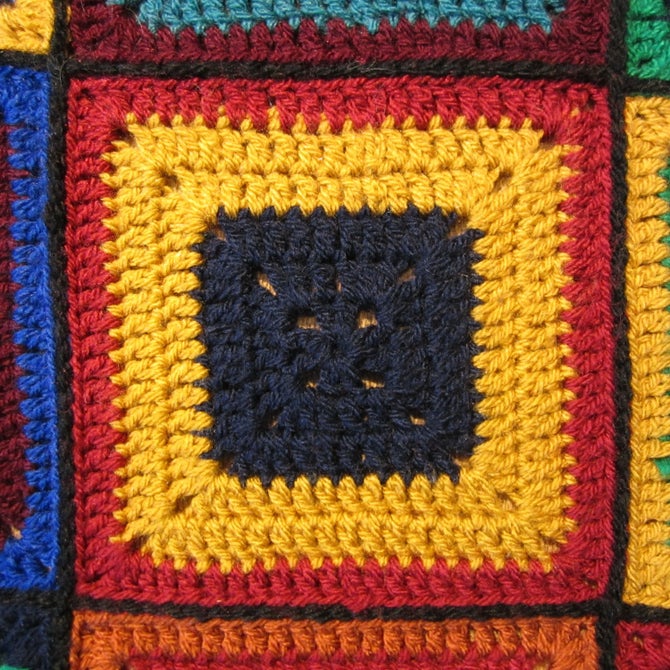 By Woolly Thoughts
This design is based on a page from a mathematical colouring book Snowflake, Seashell, Star : Colouring Adventures in Numberland by Alex Bellos and Edmund Harriss. It represents three superimposed Sudoku solutions where numbers have been replaced by colours.

We had often thought about making a Sudoku afghan but thought they were rather boring until we saw Alex and Edmund’s version which seemed to create optical illusions. Some of the squares look bigger than others when they are really all exactly alike.

The afghan shown was mounted on a board and hung on the wall. It is 120 cm (48”) square. The instructions include information to change the size. It uses equal amounts of nine different colours. We used DK yarn and used approximately 260 metres (290 yards) of each colour.

The squares are made individually and joined afterwards. We used a slip-stitch join to make an obvious black line between the squares. Other joining methods can be used.

The pattern includes information for using the solutions found in the book and another simpler version.

Read the story of this afghan on the Woolly Thoughts web site.