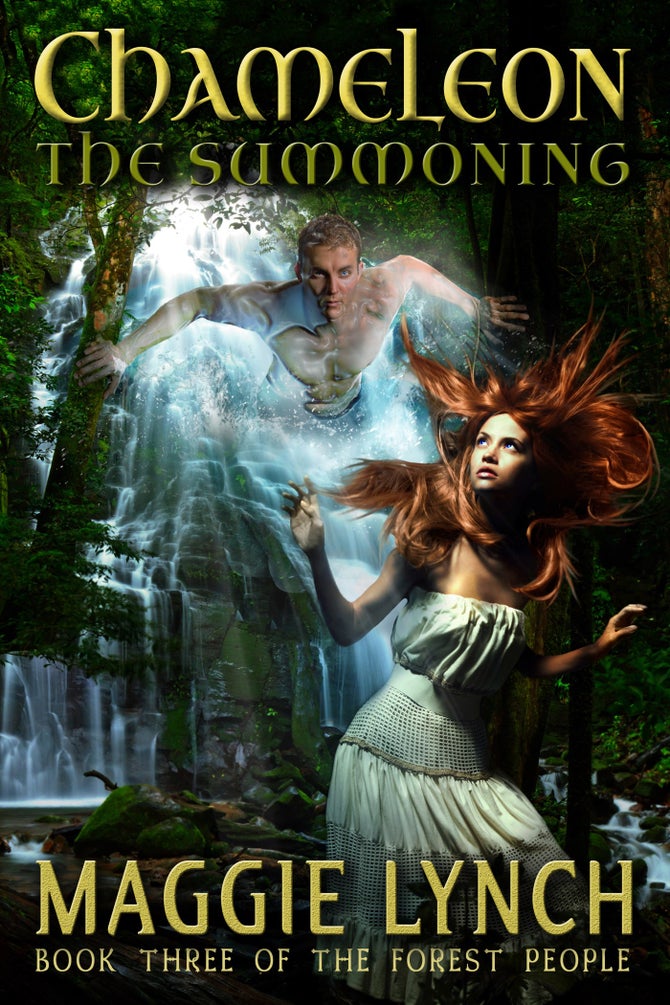 By Maggie Lynch
She turned a man to ashes. He scattered himself across time and multiple dimensions. Can she recreate him in time to save his life and prove she is the chosen one?

Surviving the ultimate transformation and the Agnoses predators, Camryn now faces the rise of a new Mazikeen Queen who thinks nothing of calling the darkness for her own needs. With the Forest People on the brink of war, she retreats to the solitude of the Cloud Forests. To grieve. To heal. To accept she is the Chameleon of prophecy.

But the ancient world proves to be anything but quiet and she is far from alone. Guided by the First Forest People, who are now elemental spirits, Camryn must master the powers of air, earth, water and fire. Only then can she enlist her thunder dragon, control time itself, and save Dagger from the void.

Even then, her quest is far from over. With the realms of Forest and Human pitted against each other, one world teeters on extinction while the other tips toward eternal darkness. Only Camryn seeks a balanced resolution, and with it an impossible choice requiring her to make the greatest sacrifice of all.

Chameleon: The Summoning is the third book in The Forest People YA paranormal fantasy series. If you crave unlikely heroes and heroines, internal and real battles between creation and destruction, and mind-blowing magic then you’ll love joining Camryn as she finds her true self and fulfills a thousand-year-old prophecy against all odds.

Buy The Summoning and transform into a light-filled warrior today.