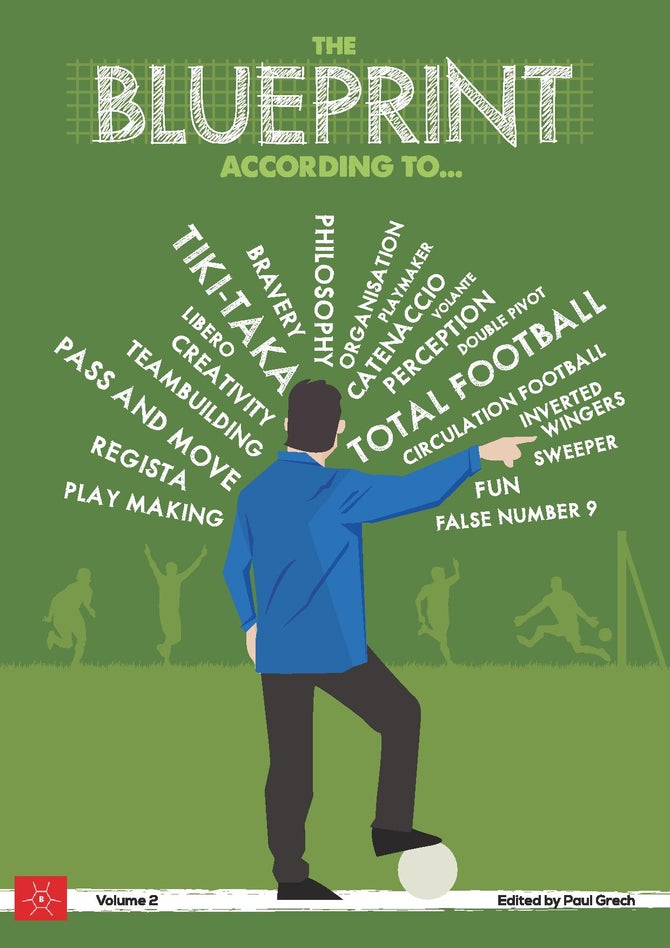 The aim of the “Blueprint According To…” series of interviews is to get football coaches to speak about their beginnings, experiences and how their ideas had been shaped, thus getting to the blueprint that was at the basis of their work.

This second volume of Blueprint According To… has interviews with six coaches with experience in a whole range of countries, from America to India via England, Switzerland, Holland and Portugal.

None of them are what one would call households names but that does not diminish the value of their contribution but rather enhances it: they are regularly faced with issues that are common to the majority of football coaches so their ideas will undoubtedly provide food for thought for those who get to read them.

The coaches featured in this volume are:

- Stevie Grieve: a coach who has worked in Scotland, America, Switzerland and India.

- Ben Trinder: a youth coach who was is the driving force behind the popular Coaching Family page on Twitter.

- Guido Seerden: a qualified coach who has been through the highly rated Dutch FA coaching programme as well as a Masters in Human and Movement Sciences. He is currently coaching in Saudi Arabia.

- Dan Wright: after taking care of the Eastleigh FC academy, he joined Bristol City to work in their academy and is now working at Brentford FC.

- Jason Withe: a highly qualified coach who is an FA Mentor and who has worked extensively both in England and in Asia.

Satisfaction Guarantee: the aim of the book is to help aspiring coaches. Anyone who, upon reading it, feels that they have not derived anything from the book please get in touch (send an e-mail to pawlu_grech[at]yahoo.co.uk) and a refund will be issued.