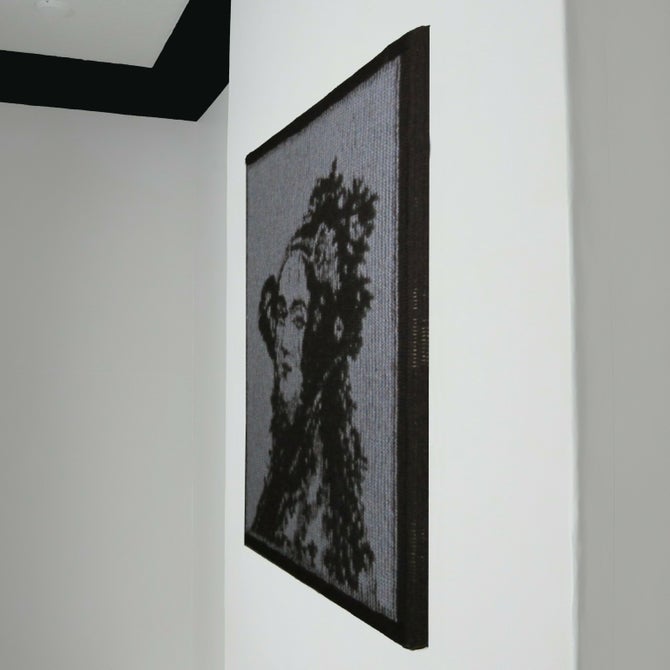 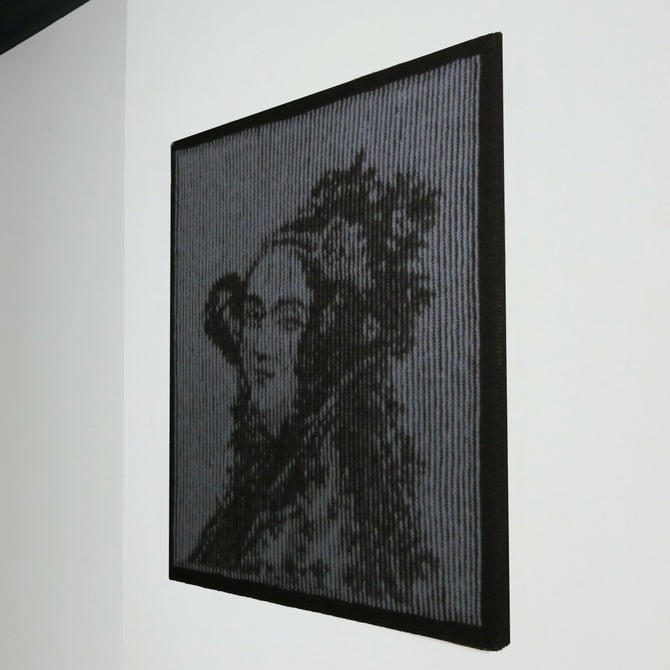 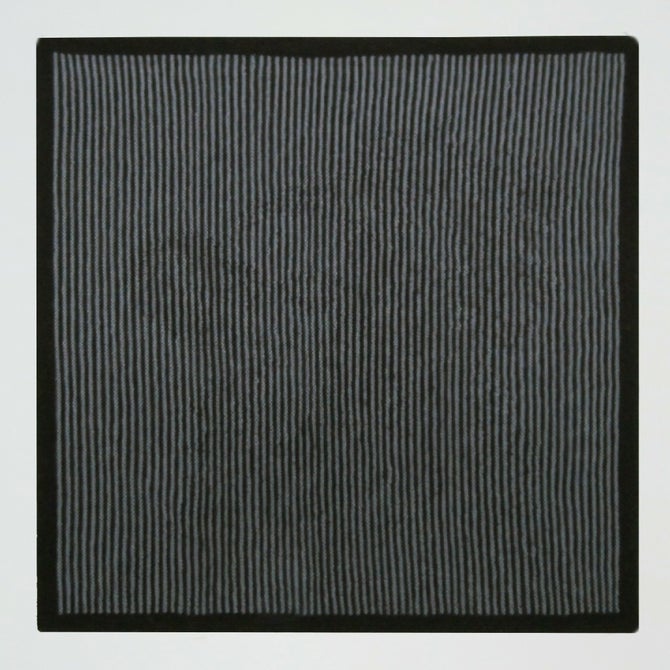 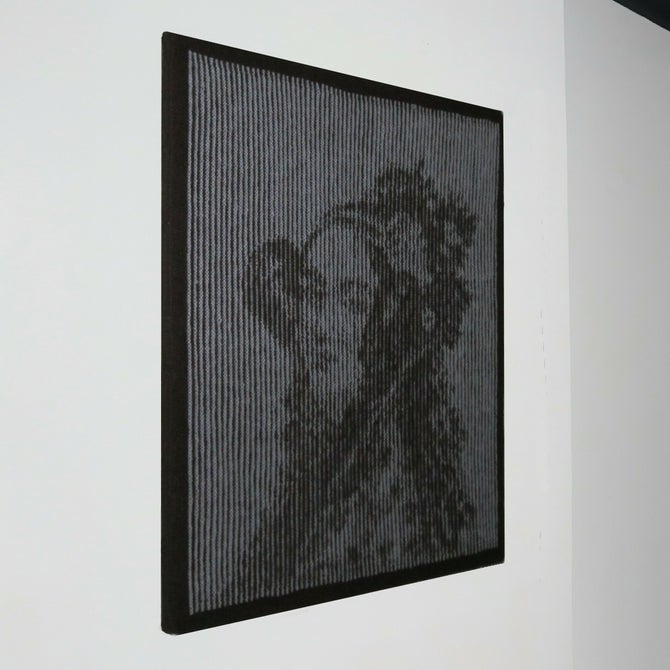 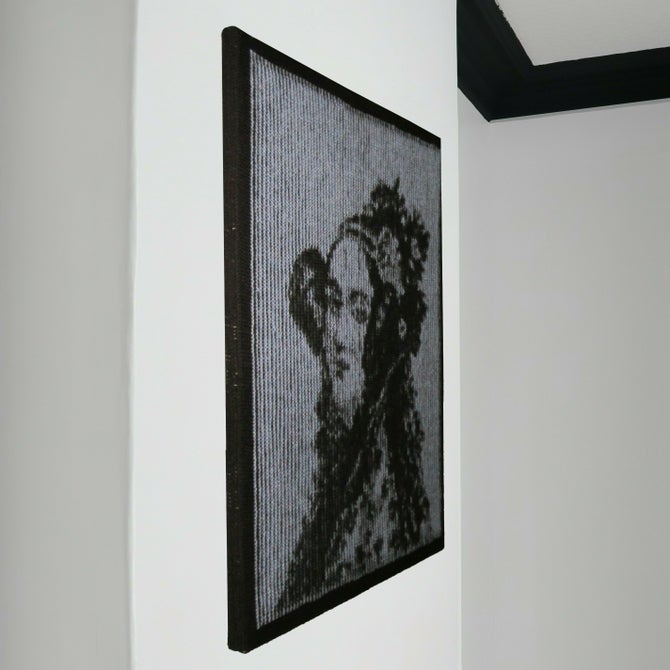 By Woolly Thoughts
Ada Lovelace (1815 - 1852) was the only legitimate child of the poet Lord Byron. She is regarded by many as the first computer programmer.

She had a great interest in photography and predicted that it would become an important scientific tool. There are only two known photographs of her, dating from around 1843. Photography was very new and many of the photographs of the time were of scientists.

The most famous image of her, which was used as the basis for this illusion, is a portrait by Alfred Edward Chalon painted in 1840 and now in the Science Museum Collection.

When you look directly at the illusion you only see stripes. When you look from the side you see the image. One of the photos is a moving image so you can see how it changes.

Illusion knitting is very easy to do because you are only using one colour at a time to knit stripes.