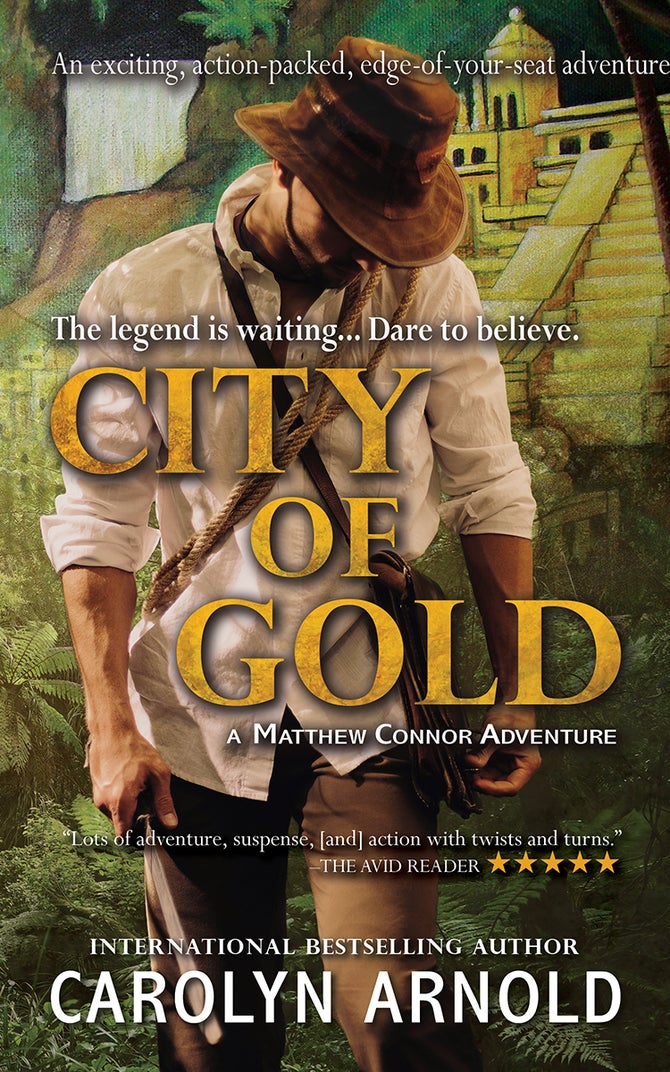 By Hibbert & Stiles Publishing Inc.
“This is definitely akin to an Indiana Jones story set in modern times. There is very fast-paced action and danger with some good investigative twists at the home front.” –Martha’s Bookshelf

Finding the Incas' lost City of Gold would be the discovery of a lifetime. But failing could mean her death…

Archaeologist Matthew Connor and his friends Cal and Robyn are finally home after a dangerous retrieval expedition in India. While they succeeded in obtaining the priceless Pandu artifact they sought, it almost cost them their lives. Still, Matthew is ready for the next adventure. Yet when new intel surfaces indicating the possible location of the legendary City of Gold, Matthew is hesitant to embark on the quest.

Not only is the evidence questionable but it means looking for the lost city of Paititi far away from where other explorers have concentrated their efforts. As appealing as making the discovery would be, it’s just too risky. But when Cal’s girlfriend, Sophie, is abducted by Matthew’s old nemesis who is dead-set on acquiring the Pandu statue, Matthew may be forced into action. Saving Sophie’s life means either breaking into the Royal Ontario Museum to steal the relic or offering up something no one in his or her right mind would refuse—the City of Gold.

Now Matthew and his two closest friends have to find a city and a treasure that have been lost for centuries. And they only have seven days to do it. As they race against the clock, they quickly discover that the streets they seek aren’t actually paved with gold, but with blood.

City of Gold is an exciting, action-packed, edge-of-your-seat adventure that’s akin to an Indiana Jones story set in modern times. It’s light on history and heavy on action, suspense, and intrigue. Buy this international bestselling book today and strap yourself in for an action-packed good time!