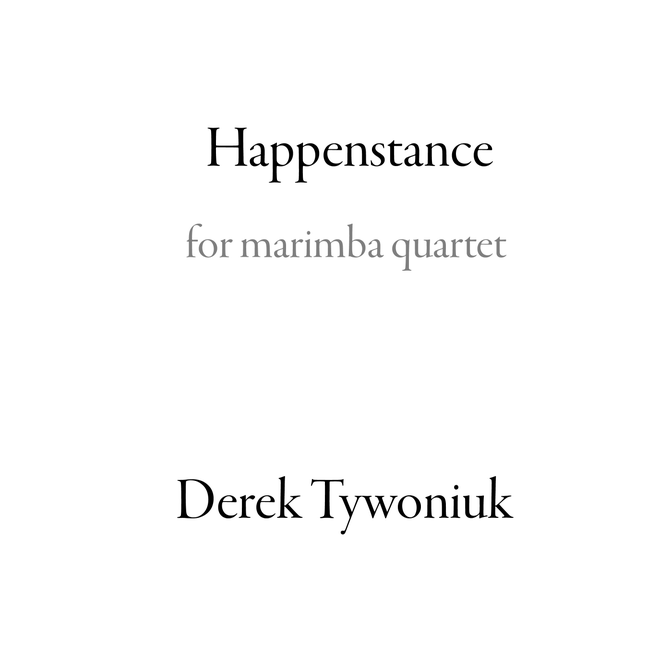 By Tywon Publications
Happenstance by Derek Tywoniuk
for marimba quartet (two players each on two 5.0 marimbas)

Program Notes:
At its heart, Happenstance is a piece about camaraderie. Relationships are often the result of relative coincidence, be it a brief moment (for example, running into someone at a coffee shop), or larger time span (being at the same point and place in your career or personal life at the same time). This piece resulted from the latter. As I began composing this work for the Smoke and Mirrors Ensemble, I thought about our good fortune—specifically, that the four of us ended up in the same institution during the same period of our lives and, because of this, how privileged I was to be inspired every day by these three great musicians and friends: Joseph Beribak, Edward Hong, and Katalin La Favre.

Happenstance can be heard on the Smoke and Mirrors Ensemble’s debut album on Yarlung Records. It has also been performed at Zeltsman Marimba Festival, the San Francisco Conservatory (directed by Jack van Geem) and the University of North Texas (directed by Paul Rennick).