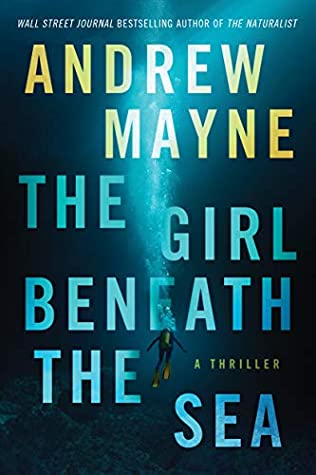 By macsteph21
Coming from scandalous Florida treasure hunters and drug smugglers, Sloan McPherson is forging her own path, for herself and for her daughter, out from under her family’s shadow. An auxiliary officer for Lauderdale Shores PD, she’s the go-to diver for evidence recovery. Then Sloan finds a fresh kill floating in a canal—a woman whose murky history collides with Sloan’s. Their troubling ties are making Sloan less a potential witness than a suspect. And her colleagues aren’t the only ones following every move she makes. So is the killer.

Stalked by an assassin, pitted against a ruthless cartel searching for a lost fortune, and under watch within her ranks, Sloan has only one ally: the legendary DEA agent who put Sloan’s uncle behind bars. He knows just how deep corruption runs—and the kind of danger Sloan is in. To stay alive, Sloan must stay one step ahead of her enemies—both known and unknown—and a growing conspiracy designed to pull her under.