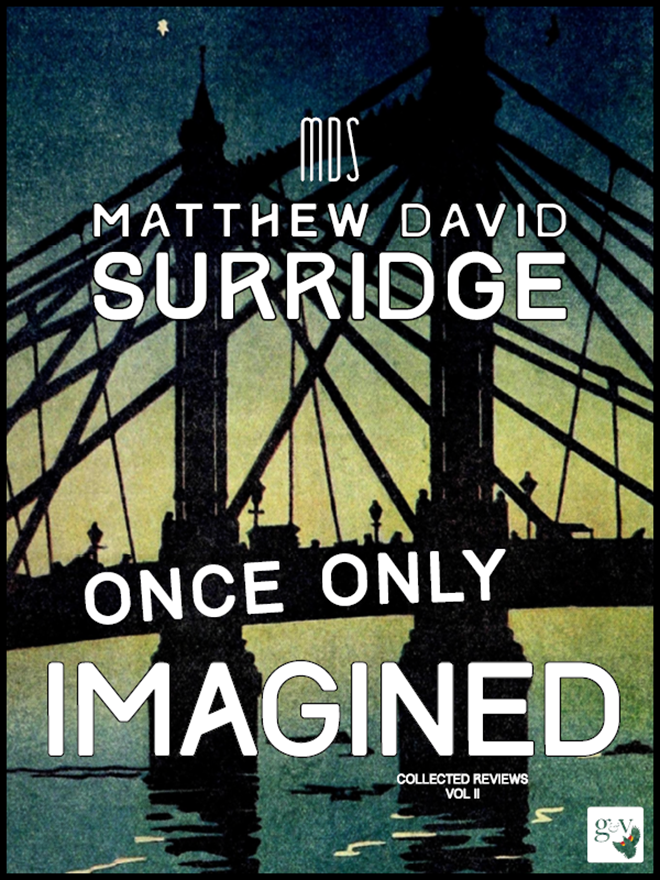 Once Only Imagined (bundle)

Once Only Imagined celebrates some of the best in fantasy from the publication of The Lord of the Rings through to the end of the 20th century. Over thirty essays present attentive readings of individual books by way of describing a literary history of the fantastic.

Some of the writings covered are established fantasy classics, such as Alan Garner's The Weirdstone of Brisingamen and Mary Gentle's Ash. Others, such as Ben Okri's Famished Road cycle or Jan Morris' Hav, were published outside of genre. And some are too-often-overlooked treasures, wonderful works like Gill Alderman's The Memory Palace, James Stoddard's novels of Evenmere, or the children's fiction of Joan North.

This edition is a .zip file which includes Once Only Imagined in ePub, mobi, and PDF formats.

Essays included in this book:

Meaningfully Reticent: Alan Garner’s The Weirdstone of Brisingamen, The Moon of Gomrath, and Elidor

Navigating the Numinous: Joan North, The Cloud Forest, The Whirling Shapes, and The Light Maze

The Adventures of Dorian Hawkmoon: Michael Moorcock’s The History of the Runestaff and The Chronicles of Castle Brass

Faces in the Mirror: John Bellairs and Magic Mirrors

The Fantasist Manqué: Robertson Davies and The Deptford Trilogy

Limits of Power: Gabriel García Márquez and The Autumn of the Patriarch

The Least-Expected Trumpet of Apocalypse: Leonora Carrington’s The Hearing Trumpet

A Personal Reconsideration: Walter Wangerin, Jr., The Book of The Dun Cow, The Book of Sorrows, and Peace At the Last

How to Start a Fantasy Saga: Kauru Kurimoto’s The Leopard Mask

The Gamification of Magic: Lyndon Hardy, Master of the Five Magics, Secret of the Sixth Magic, and Riddle of the Seven Realms

The Character of a Hero: Charles Saunders, Imaro, and “Turkhana Knives”

Extravagant Appearances: Virgil Burnett’s Towers at the Edge of a World

“The Distances Between Things”: Patricia A. McKillip’s The Changeling Sea

Levelling Up For Real: Katherine Blake (or Dorothy Heydt) and The Interior Life

Ruminations on Ice and Fire: George R.R. Martin’s A Song of Ice And Fire

The High House and the False: James Stoddard’s Evenmere

Heart of the City: Nalo Hopkinson’s Brown Girl in the Ring

The Unreal Part of Reality: Louise Erdrich’s The Antelope Wife

The Meanings of Uplift: Colson Whitehead’s The Intuitionist