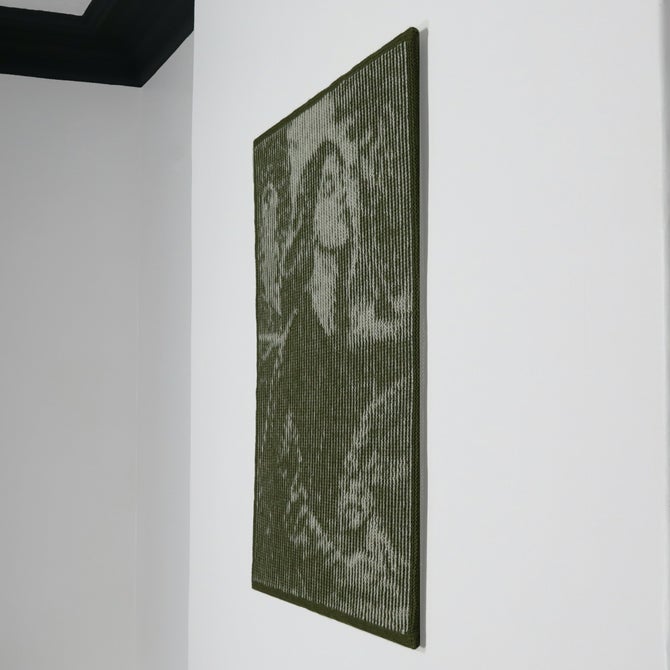 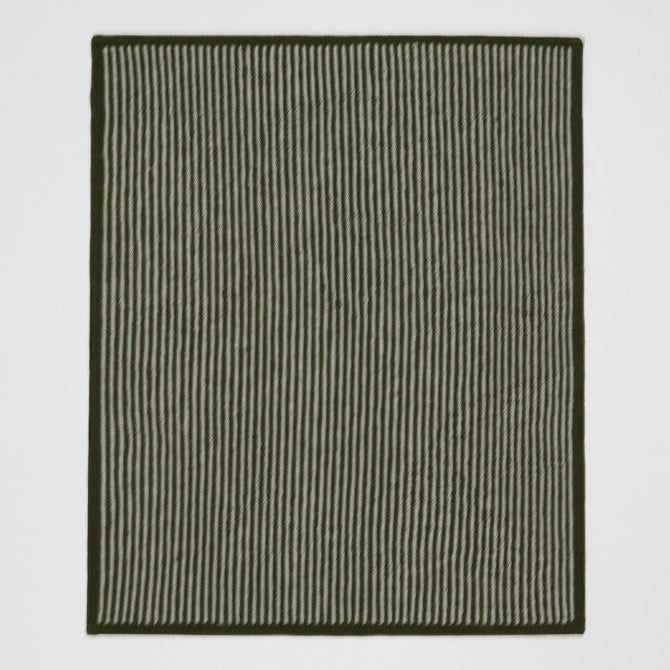 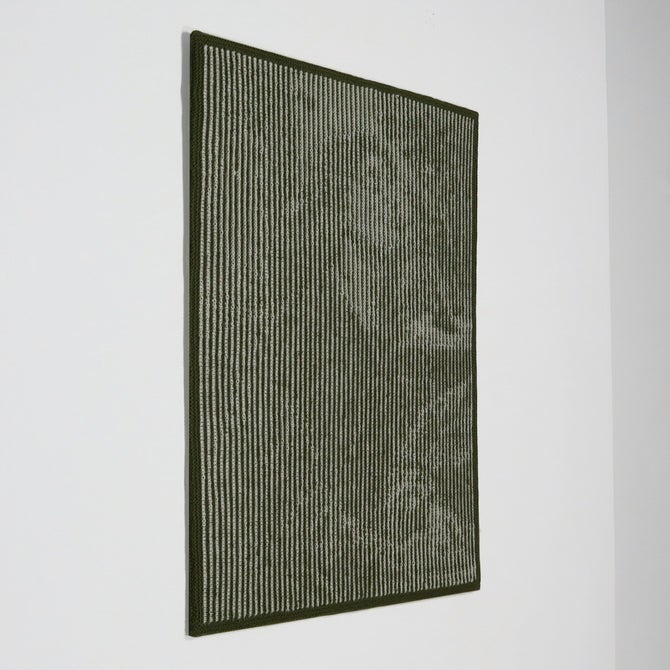 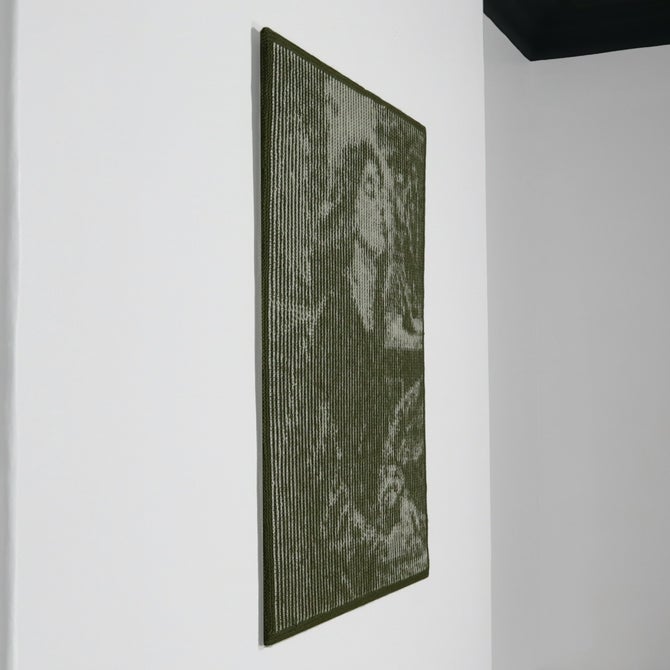 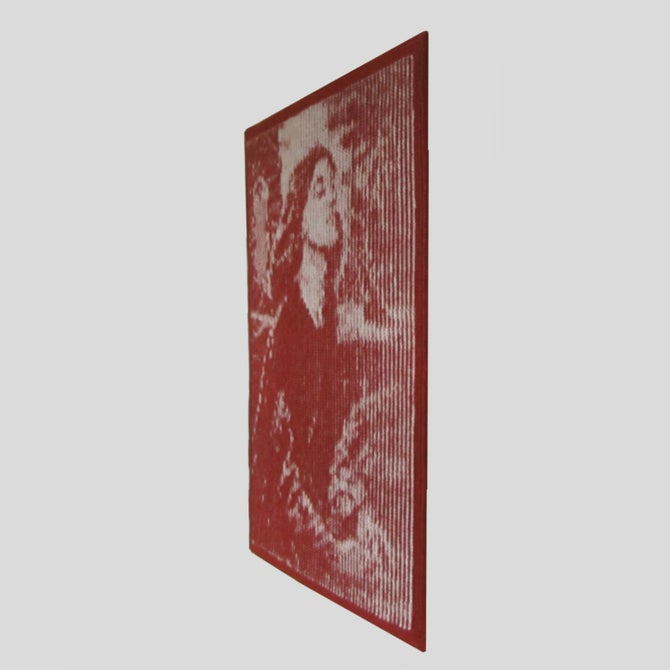 By Woolly Thoughts
The illusion is based on Beata Beatrix, by Dante Gabriel Rossetti. The original painting, which is now in Tate Britain, was dated 1864 but not completed until 1870. Rosetti later created several other versions. The model was Rosetti’s wife, Elizabeth Siddal who died in 1862. The painting was created from the many earlier drawings he had done of her.

When you look straight at illusion knitting you only see narrow stripes. The image appears, and disappears, as you move around

The illusions shown in the photos were made using DK yarns and measure approximately 80 cm x 60 cm (32” x 24”). Each needs approximately 360 metres (400 yards) of each of two colours plus some extra for the border. Any weight of yarn can be used but other yarns might change the overall size.

The pattern includes several versions of the chart including one for mobile devices where you can view 20 ridges at a time and always be able to see the numbers across the bottom of the chart. Never lose your place again!

See other illusion knits, designed by Steve Plummer, based on Pre-Raphaelite paintings: