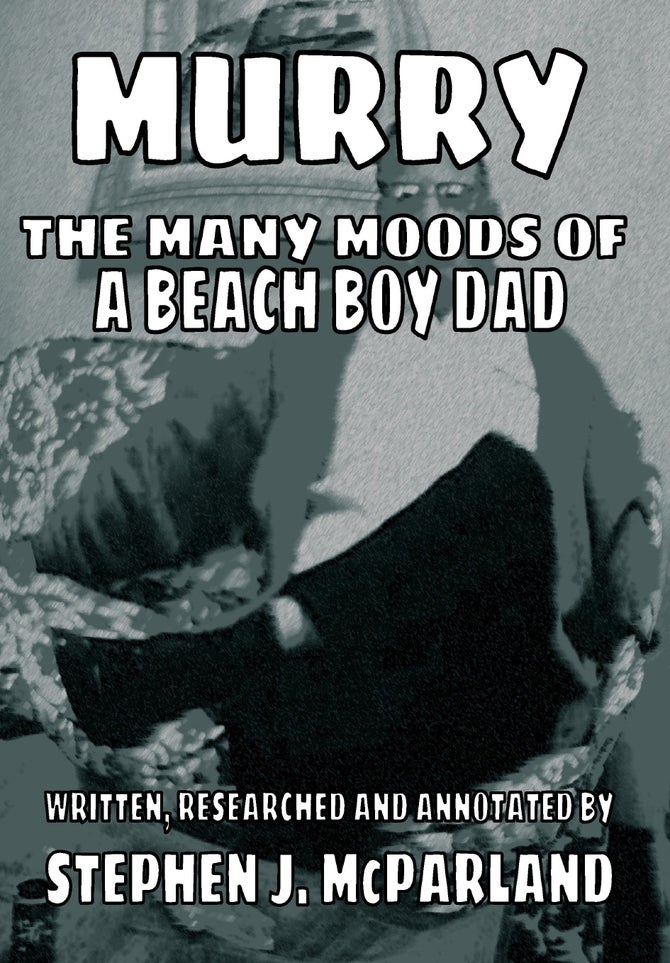 MURRY - THE MANY MOODS OF A BEACH BOY DAD

By CMusic Books
THIS IS AN E-BOOK IN PDF FORM OF 278 PAGES (WHICH INCLUDES 79 COLOUR & B&W PAGES OF PHOTOS, CLIPPINGS, RECORD LABELS, SHEET MUSIC, PROMOTIONAL MATERIAL, ETC., PLUS A BONUS SECTION OF SPRING/AMERICAN MATERIAL)

Murry Wilson … he was either loved or hated.
Murry Wilson was an enigma.
For some, he was an abusive tyrant, while for others he was a much respected individual who only thought the best of people.
It simply depended on which side of the fence you were on.
Murry was also misunderstood.
This book is an attempt to put into perspective the life and career of Murry Wilson, based primarily on personal interviews or other interviews undertaken by individuals whose contributions have all been acknowledged.
First person quotes could have quite easily been transformed into third person prose, but to maintain the integrity of such firsthand information, the status quo of the material has been maintained.
Likewise, information reused from other sources has been duly credited.
In addition to Murry’s early songwriting activity, the birth of the Beach Boys and the acquisition of their recording contract with Capitol Records and the formation of Sea Of Tunes Pub. Co. are covered in detail, as is Murry’s on-again-off-again relationship with the band as a whole, his eldest son Brian, his middle son Dennis, David Marks and Al Jardine.
Likewise, Murry’s rapport (and lack of) with Gary Usher is covered in detail, as is his dealings with Nick Venet, Chuck Britz and Fred Vail, all individuals with divergent views of the Wilson family patriarch.
Just like Gary Usher, Rick Henn whose band The Renegades was taken under Murry's wing and re-crafted as The Sunrays, was another individual who fell into the orbit (or under the spell) of Murry Wilson, but unlike many others, his views on and appreciation of Murry are of a person of great warmth and talent. Therefore, his dealings with the man in question are covered in extensive detail.
Because of this paradox of personality, any attempt to present “The Murry Wilson Story” will be flawed, particularly with the man himself unable to either defend or explain himself.
Therefore, as pointed out, in an effort to present a balanced view of Murry Wilson, as many sources as possible have been utilised, constrained only by the wealth and/or lack of information.
This book will probably not be earth-shattering to any real aficionado of the Beach Boys, but it is nonetheless a genuine effort to piece together the facts, as confusing as many may be without any further chance of evaluation.
Lastly, every attempt has been made not to present a biased opinion of Murry Wilson
He was and remains so … an enigma.