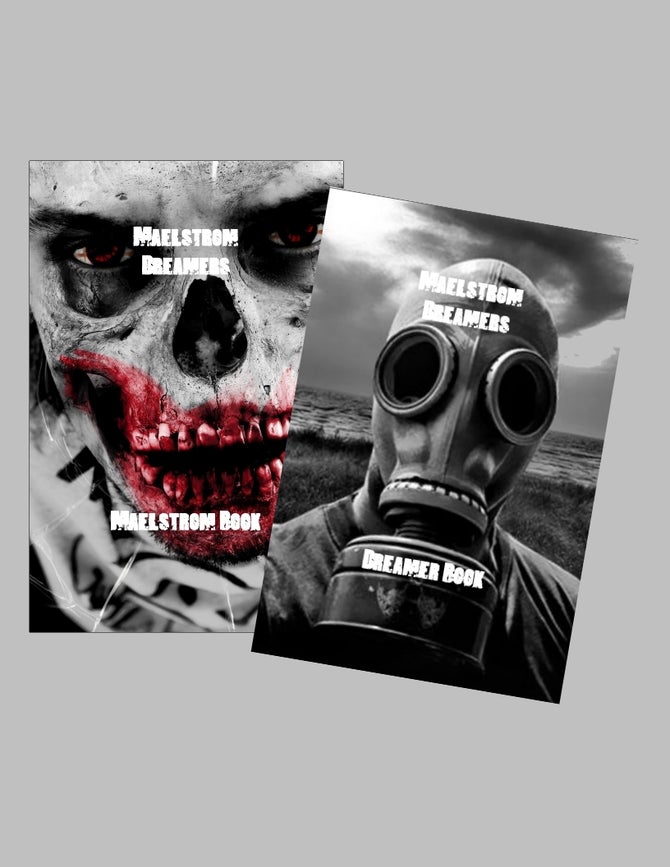 Maelstrom Dreamers is a slow, exprimental game - a simple role playing game for two players, revolving around your dreams.

It requires many sessions to be completed, but these sessions can be of a short duration - it can even be played as filler while you wait for other players, or at the end of the session of another game.
It is a game for two players who are prepared to face a game with a peculiar rhythm and willing to respect its rules without taking shortcuts.
It demands patience so that its story arc can reach its natural ending.
It is a game about the apocalypse and the world that came after, and about Dreamers, those who answered the peculiar call of the Maelstrom.

Maelstrom Dreamers is a game to be played using two books, the Dreamer Book and the Maelstrom Book.
The two players will take the roles of the Dreamer - which resembles the role of a traditional player of an RPG - and of the Maelstrom - which is similar to a GM.