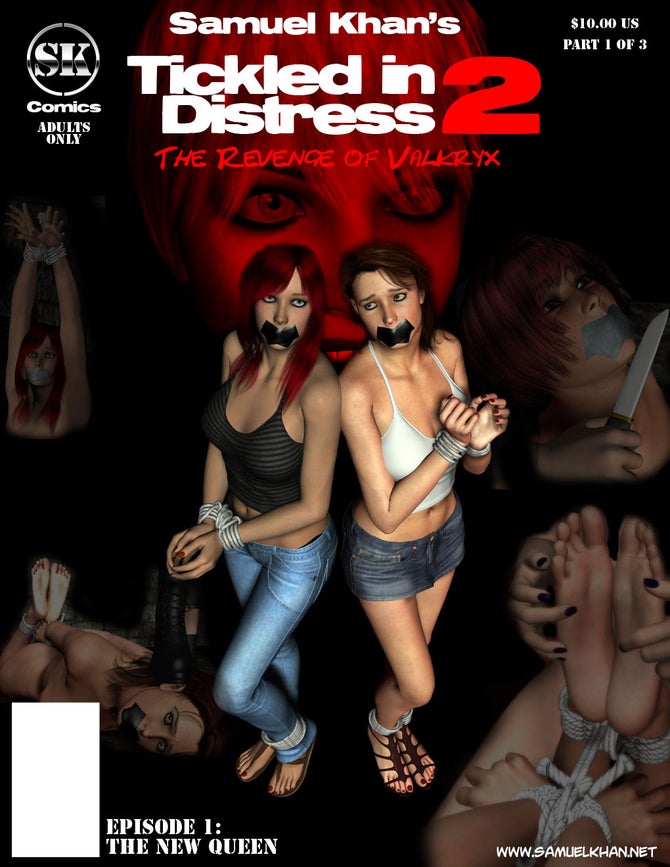 By Samuel Khan
"No one rejoices more in REVENGE than woman." - Decimus Junius Juvenal

Saving the world just got harder...

All ticklish peril and hell are breaking loose as Osiris has a new leader, and it's no other than Valkryx! And she has sinister plans for her arch enemy, G-Squad operative H10.

In the first episode "The New Queen":

Two years have passed since H10 foiled the plans of the Osiris Crime Group, and now valkryx has reedemed herself from her failure to destroy H10 by killing a hated white collar criminal that ran afoul of the Eye of Horus. Her lust for power carries her to the top of the organization and access to power to kidnap beautiful girls for her tickling amusement.

She captures UNN reporter Erica Leslie while on the air, and before Ruby O'Shea/H10 can suit up for battle, she and Kelly are kidnapped in a trap set by Valkryx. Instead of killing her enemy, Valkryx has other plans that will shock you!

Osiris acquires a new super weapon to use in another attempt to extort money.

can Erica survive the tickle torture of Valkryx without psychologically breaking? Will Ruby and Kelly escape the lair?