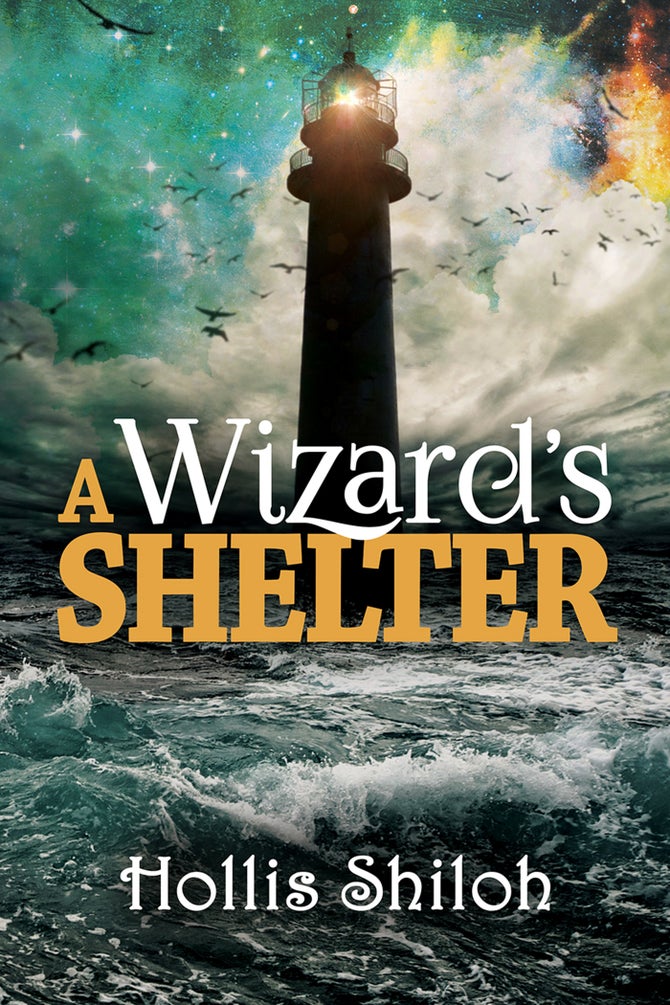 By Spare Words Press
A Wizard's Shelter
by Hollis Shiloh

Elliot's magic is broken—and so is he. The trip to the lighthouse isn't a vacation. It's a place where he can't do much harm, while he waits to find out what his punishment will be. Oh, it's not his fault his magic is broken—nobody knows what happened or why. But he's dangerous now, too dangerous, perhaps, to be allowed to live. In his state of shock, the sea and his sister are good company.

And so is Rue, the handsome young man he meets there. Rue is sweet and strong and kind, and isn't afraid of him. Being around Rue calms Elliot's magic in unexpected ways. He's not sure why he's so drawn to Rue, or what it might mean about his sexuality, but the friendship between them is a lifeline in a turbulent sea.

Rue has some mysteries, too—specifically, his heritage. He's a selkie, and selkies mate for life, if at all. Loving Elliot would be a huge risk for him, but he can't let Elliot go, either.

Whatever the truth of Elliot's magic, and the risk for Rue, the two of them are better together. If they'll be allowed to stay together.