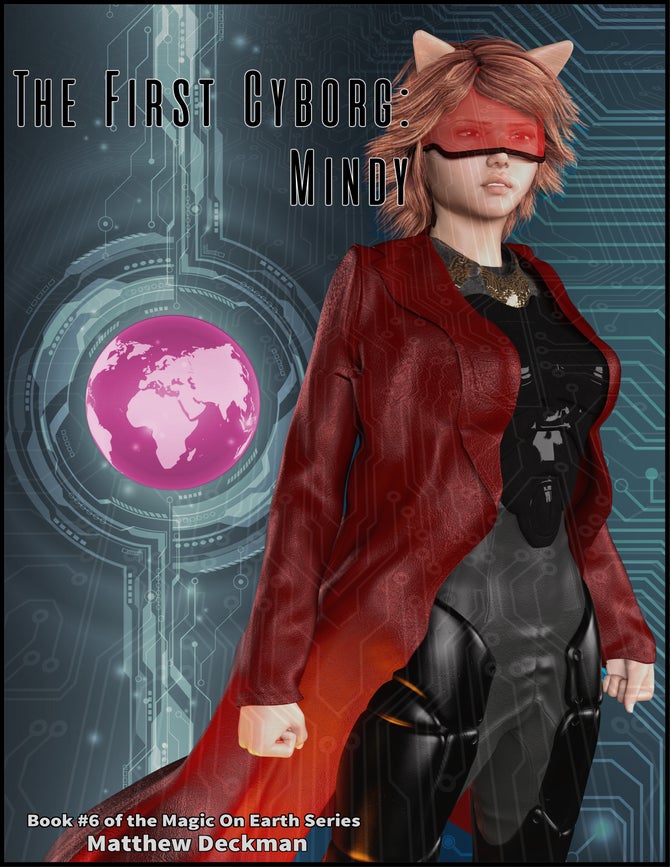 It's been a year since Melissa passed away. It’s been 15 years since Mindy joined the Black Squadron. Her plans are coming to fruition- to take down the corruption and bias in the world on a Global scale. However, there is only one problem.

There is a new, highly skilled computer hacker on the loose. Someone with elite computer skills that trump all others, even Keith and Trinity can't seem to slow them down. What's worse is that the hacker taunts them with videos and trial runs of viruses that do physical damage to computers. Keith, Trinity, Abigale (BlackDeath) and Sonya can't seem to slow this new hacker down or even trace them. How will the Black Squadron deal with this cyber threat?

Does Mindy have to put her plans on hold to tackle this new hacker? And as the title implies, does she really become the first android to hunt this new hacker down?