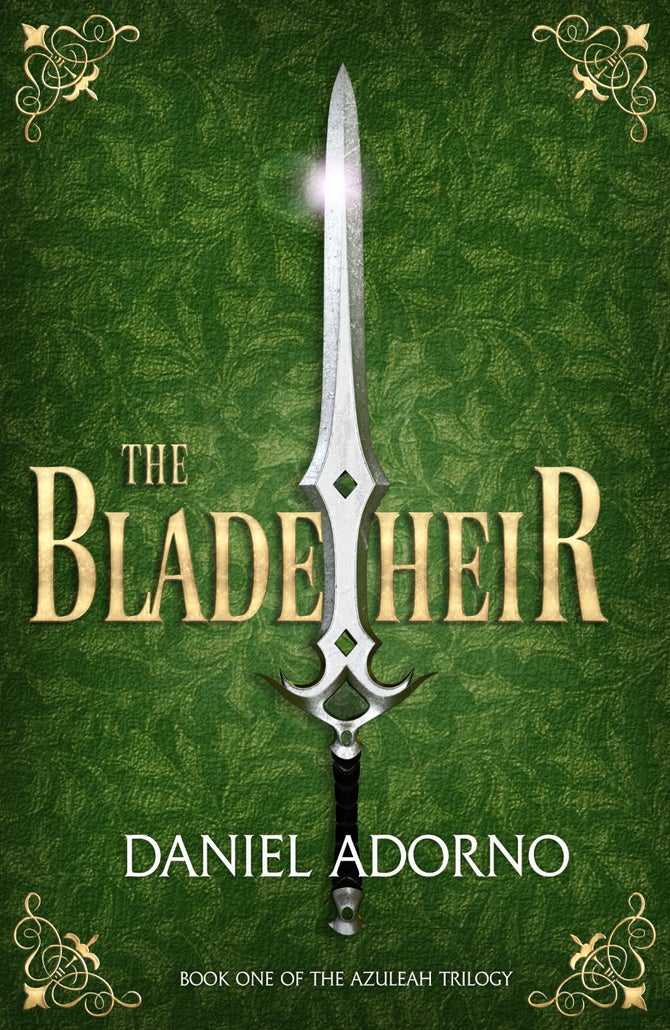 The Dragons Have Awakened...

Lucius suffers each night from recurring nightmares of a black dragon called Kraegyn. The frightening dreams signal the return of the dragon tribes that wreaked havoc on the peoples of Azuleah centuries ago. Confused and uncertain of his role in the gathering storm, Lucius joins his elf brother Siegfried on a perilous journey to reforge the Requiem Sword--the blade which once defeated Kraegyn.

Lucius' quest will take him through the kingdom of elves, dwarves, and faeries. Though he will gain allies on his quest and uncover secrets surrounding his past, can Lucius survive long enough to stop Kraegyn's ascension?

The Blade Heir is Daniel Adorno's debut novel and is an epic fantasy tale modeled after the works of C.S. Lewis, Stephen R. Lawhead, and Michael J. Sullivan.