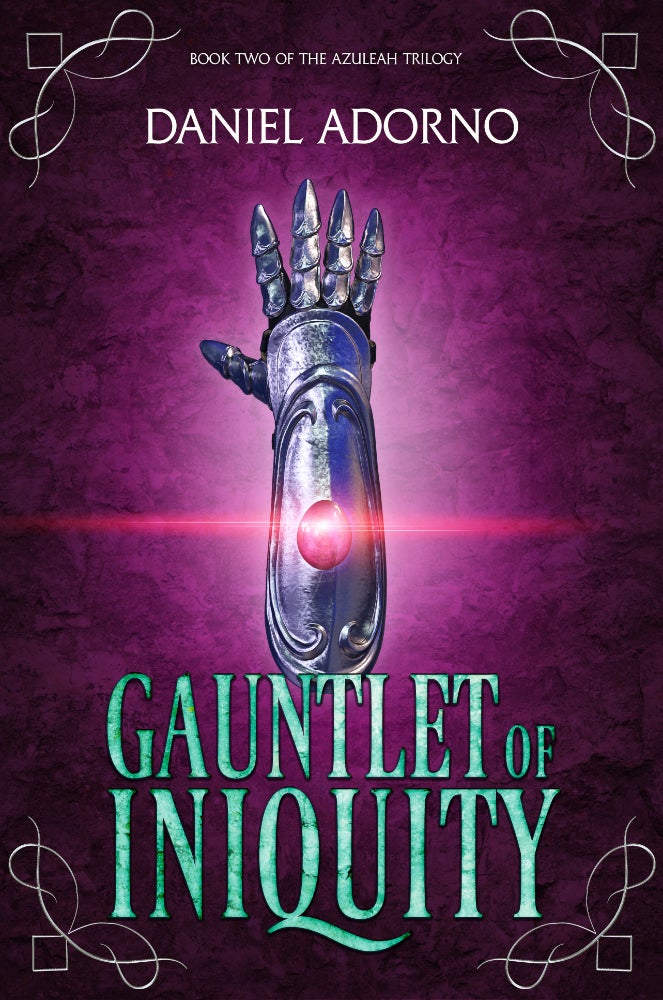 A brazen assassination. Two nations on the brink of war. And, a weapon that changes everything…

After an assassination divides the kingdom of Aldron and bolsters the evil Draknoir forces, Lucius travels with a group of Aldronian soldiers on a clandestine mission to retrieve the Gauntlet of Iniquity and turn the tide of war.

But far from being an easy solution, Lucius finds that wielding this powerful weapon comes at a price, and may very well destroy him and his allies.

Gauntlet of Iniquity is the second installment in the Azuleah Trilogy, an epic fantasy series filled with action, adventure, and intrigue. Fans of C.S. Lewis' Chronicles of Narnia and John Flanagan's Ranger's Apprentice will feel right at home.