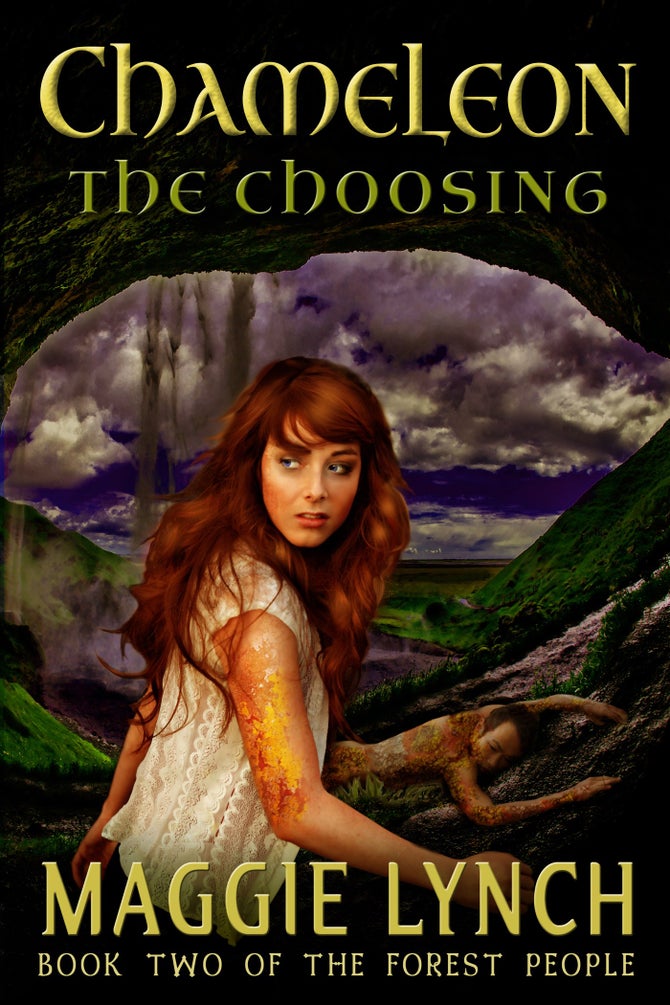 By Maggie Lynch
A human chameleon. An endangered mythical forest. Can she bond with a thunder dragon in time to save her new family?

Camryn Painter has enough identity issues without discovering a deadly new magic coursing through her veins. Though her chameleon-like abilities herald her as the forest people’s savior, she’s terrified by the growing dark power within her. And it only gets worse when she realizes that to control this new magic she’ll have to bond with a deadly Thunder Dragon…

As Camryn embarks on her dangerous quest, she discovers that the same human tyrants who experimented on her are behind multiple grisly murders as well. To fulfill her destiny, she may just have to infiltrate her former prison.

Can Camryn master her new abilities to stave off more death, or will power-hungry humans destroy her magical home for good?

Chameleon: The Choosing is the second book in The Forest People YA paranormal fantasy series. If you like heroic challenges, original creatures, and frightening battles between dark and light, then you’ll love Maggie Lynch’s rousing adventure.

Buy The Choosing to ride a fire-breathing dragon into the void today!